What is Life by Parvathy R Pillai 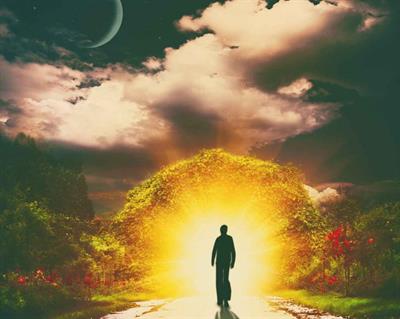 I have understood from my parents that life doesn’t always give us what we want. We need to work towards our goal.

Life cannot be defined. Our life-style and the circumstances in which we live are quite different. Some might have depression; others might have happiness or both in a day. As day comes after night and night comes after day, life too has two side- sorrow and happiness. Are there people who didn’t have any confronts to face in life?  Challenges make a person’s mind stronger and it will help him to face more and more challenges.

Human race is the hardest game ever found on earth.  If we don’t move forward then people will push you out and continue their journey.  Never look back because there are millions of people behind ready to achieve their dream and you are just a part of it.

I conclude my words by adding that life has both ups and downs. Determination and perseverence are the key to success.  Action is life, inaction is death.

Song For The Indian Military

They taught us to be an Indian.

But what do those words really mean ?

We have to look after our family,

But our family is bigger than this.

We have to take a stand

A stand for one and all

Even if we are the one who takes the fall.

Being a military man means

Being loyal to those who count on us.

For the country we must fight.

We are standing tall.

For one and all.

Once you spoke of my destiny

I can see what lies ahead of me.

For one and all

We are standing tall

For one and all.

Street Light, the sun of flies,

The witness of innumerable cries.

Lonely in a corner of the street,

The grass swaying around its feet!

For the beggar with no surname,

And the king who enjoys his reign,

For the poor with nothing to claim

And the rich young man, his hair well kained,

For the leader, his eyes on flame.

And the kid, his head in the game,

For the accused, his nemesis unavoidable

And the old chap, his eyesight feeble,

Who considers everyone impartially equal.

For its duty is to brighten the world,

To engulf the blackness with its light beams unfurled.

Let the light of the streetlight tall,

Be a wake up call to us all.

For the gift to see all as one,

Is a flair that mankind lack often.

It is already past time for our minds to broaden.

"Don’t lose hope, because at last, only hope would be there to save you”. By Gouri.S

The rising sun’s rays illuminated the water on his face .Twelve-year old Joe was startled by the sudden shine of light over his face. Balancing himself on the plank, he reached out  to his side to make sure his brother was okay. Four – year’s old Nick was sleeping beside him. Joe adjusted himself on the wooden plank on which the brothers were floating. There they were, lying on a plank of wood, afloat on  water mixed with the dirty dumps of once so lively Tokyo city.

He remembered everything. A flash of memories came flooding into his head making him giddy in the fresh morning air. He tried to recollect what he overheard, a few days ago from his parents’ conversation.”  “What would we do”? asked daddy in a serious tone “How can we survive ? In such a crowded city like Tokyo? What about our Kids?”

Mother calmed him down saying that the authorities would take care of it and even if there were any problems, they could always take a flight to somewhere else. But little did she realise, that such a catastrophic event would take place if only she had known, she would have been still alive...

Suddenly, a very hungry Nick woke up and started crying for food. It was 8:00 am, his usual time .Only that he was left with no cereals, no parents and worse no hope.

Joe, numb with anguish over the lose of his parents, made a gaudy expression & started talking “Hey, Bubblegum! Do you remember the heavy rains & angry sea ?”

“Yes, I do, come on, tell me! What’s with the rain & Stuff? asked Nick cheerfully.  Joe, taken aback by his unusually cheerful  tone, replied “ Will, they said on T.V that the ravaging storms made the sea ruthless & finally resulted in this huge flood.”

“Oh!  Are we young victims of this flood?”  Is it why we have to scrape through the empty cans for food & water? asked lovely innocent Nick.

“Yes” replied Joe. “That’s why we lost our mom & dad, home, friends, food and everything.  That’s why we are destined to die on this rotten wooden plank island.”  Hussy Joe muttered under his breath.

They were left with nothing. On a seven foot wide & ten foot long plank, afloat on water which seems as if it could go down into pieces any second. They could see deserted shops, house etc and half-submerged with no signs of life . They survived on small cans of peas & soft drinks floating on water. Tall skyscrapers reflected the scorching sun and it left an intrigued doubt on Joe’s head, how the sun came up after yesterday’s right. After all, Joe doesn’t even like to remember the tragedy that happened yesterday .

Suddenly, as if by magic, he saw it coming. A small white yacht was approaching them .  And Nick pointed to what seemed like a fire officer .

“ Help, over here” the kids kept on screaming and waved hands to attract attention.   The yacht, as if they had seen them, turned its direction over to theirs. “Yes, I can’t believe it !  We are being saved.” screamed Joe at the top of his lungs.

And, soon, the rescue boat saved the boys and took them to the flood relief camp. The boys temporarily comforted by the rescue suddenly forgot what they had gone through the past two days. And the rescue team saved the day.

Moral : “Don’t lose hope, because at last, only hope would be there to save you”.