To mark the significance of all around personality development of a child
Guru Harkrishan Public School, Fateh Nagar, acknowlegde its Pre Wing students in a form of Graduation Day with a gracious passing out ceremony of all tiny tots, who have spent their initial years of life in school. Little toddlers were very excited on passing out from Class Nursery to Grade I and received their degree in their Black gowns & Smart caps.

The little star 'JASNOOR SINGH' of Class I recited a religious poetry related to the glory and bravery of 'Chhote Sahibzada's.' Hon'ble Chairman S. Chaman Singh announced a cash prize of Rs. 2100/- for him. The cash prize will be awarded by 'Karanveer Singh Yodha Memorial Welfare Society'

It was indeed a joyous & memorable day for the little ones as they received their Graduation Certificates from the guests.

School farewells are all about reminiscing the fun times, and bidding teary, heart warming goodbyes to the young minds readying for their lives ahead. That's what the mood was like at GHPS, FATEH NAGAR for the farewell of their Class of 2018. The gala ceremony , organised for the students of Class XII, included music, dance and loads of mouth watering delicacies.
The function included the felicitation of the Class XII students by the Principal Mam, Ms J.K.Bhatia. The event was followed by a DJ part 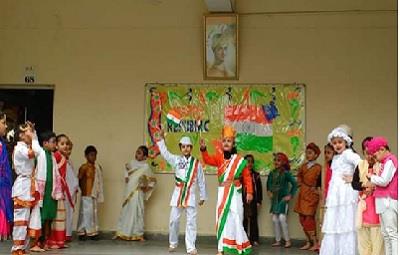 India's 69th Republic Day was celebrated today with great reverence in our school. The day began with a prayer followed by flag hoisting by the Principal, Mrs. Jasvinder Kaur Bhatia. 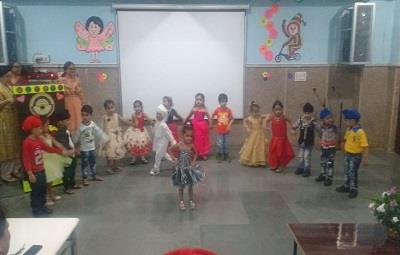 Grandparents are a family’s greatest treasure, the founders of a loving legacy, the greatest storytellers, the keepers of traditions. Grandparents are the family’s strong foundation. Through their special love and care, grandparents keep a family close at heart. To honour them Guru harkrishan Public  School – Primary Section celebrated Grandparents Day on 20th October 2018.
The function started with welcoming the grandparents followed by classical dance performance. The Primary Section students beautifully sang a song . Then our little one dedicated a sweet poem to his dadima. 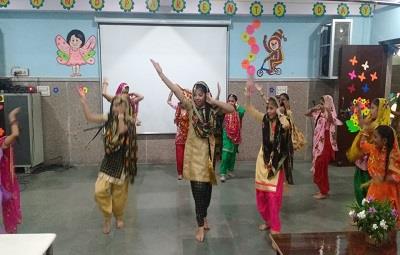 To balance the tones set by the events thus far, we had a Game in which grandparents participated with great zeal and a short skit followed by a Folk Dance performance. The winner Grandparents from the Game were greeted with gifts. Appropriate music and enthusiastic grandparent-grandchild combinations made these events runaway hits with all those present.
After this, the Principal’s address left everyone speechless. The School Staff also interacted on a one-to-one basis with the guests.The general mood was one of exultation and everyone seemed truly happy.
It was a successful event indeed, and the School as always would be pleased to organize many such more events.

A turban-tying competition was held at Guru Harkrishan Public School FATEH NAGAR .
Boys and Girls of four houses tied their turbans and spoke in praise of Dastar during the contest.
Navjot Kaur (Class XI ) from Baba Fateh Singh House bagged the first position positions and Yashmeet Singh (Class XI) from Baba Jujhar SIngh House bagged 2nd position .
The winners were awarded with certificates. The competition was held to enlighten students about the importance of Dastar. Principal Mrs. Jaswinder Kaur Bhatia congratulated all the winners.

The investiture ceremony of GHPS FATEH NAGAR, for the academic year 2018-19 was held recently in the school
assembly hall. The ceremony started with the blessings of god by reciting shabad and ardas .
Guru Harkrishan Public School, was privileged to have Mr. Amarjeet Singh, Fateh Nagar ,Joint secretary DSGMC as chief guest .

Mr Amarjeet Singh, the honourable guest congratulated the elected student council and gave an inspiring speech on the importance of pursuing what one is capable of rather than doing a bit of everything. The Principal, congratulated the newly elected student council and stress on the significance of setting priorities and the need to be great communicators. She reminded them they are the torch bearers of all the values that the school stands for and urged them to take up the responsibility with commitment and integrity.
The ceremony concluded with the national anthem. It was a memorial day for Guru Harkrishan Public School, Fateh Nagar.