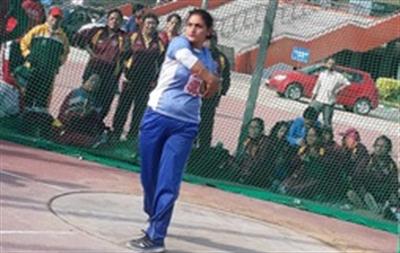 Champions are made when potential is converted into performance. GHPS, Hargobind Enclave hosted an Inter-GHPS Kho-Kho tournament from 15-18 November 2017. The sports meet was declared open by Hon'ble Principal Ma'am, Mrs. Harpreet Kaur who enlightened the students with the fact that “Winning isn’t everything, it's just a thing” and emphasized on team spirit with the quote that “Friendships born on the field of athletic strife are the real gold of competitions”. The sports captain administered the solemn oath which encourages fidelity that one cannot escape accountability for a breach of faith. Mr. Sandeep Kumar, National Player and State qualified official who made children understand fairness, promoted safety & encouraged good sportsmanship. The spectators were spellbound with the way participants showcased their Tapping, Diving, Dodging and other Chasing & Running Skills. The ground echoed with the energetic claps. In Girls Category, GHPS, Hargobind Enclave bagged the Gold Medal by securing first position followed by GHPS, Loni Road which secured second position while in Boys Category, GHPS, India Gate got Gold Medal with first position followed by GHPS, Hargobind Enclave securing Silver Medal with second. Chairman Sir, Sr. Jatinderpal Singh Ji along with the other members of Governing Body awarded the winners with medals & trophies. The event ended on a wonderful note with a vote of thanks by Principal Ma’am.