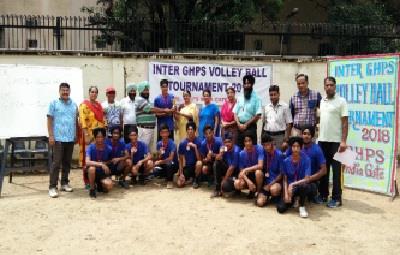 The school is hosting an Inter GHPS Volleyball Tournament (Sr. Boys) 2018 on 4 Sept., 6 Sept. and 7 Sept 2018. The school Ms. D.K Dhingra, Vice Principal Ms H.K Walia , all participants and Physical Education teachers were present at the opening ceremony. The participants took an oath promising to uphold the spirit of sportsmanship and fair play. The Principal addressed the gathering and emphasized on the importance of games and sports for physical development and declared the Inter GHPS Volleyball Tournament open. The Final Match of the Tournment was played between GHPS INdia Gate and GHPS Vasant Vihar . GHPS Vasant Vihar won the match. This was Followed by Prize distribution ceremony.The school Principal Ms D.K. Dhingra congratulated the plays and their coaches. The winning team GHPS Vasant Vihar was presented gold medals and trophy and the runners up GHPS India Gate received silver medals and a trophy. 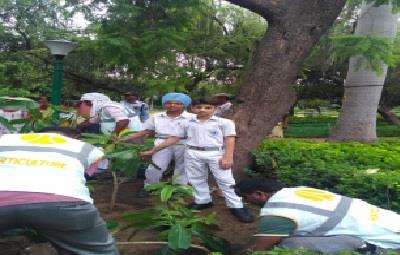 School participated in the Tree Plantation Drive by Delhi Government on 08.09.18. Students of class VI to VIII, teachers and parents got an opportunity to be a part of historic event in which Delhi Government made an effort to plant five lakh saplings in Delhi. Students of GHPS - India Gate, New Delhi went to the children Park - India Gate to plant trees. They were given an awareness to protect the environment, by planting trees and to save the environment from the hazards of pollution. 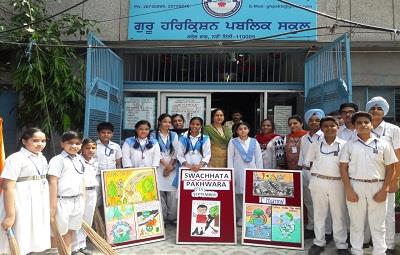 Guru Harkrishan Public School, Karol Bagh undertook a cleanliness drive as instructed by the office of ‘The Special Director of Education, New Delhi’. A spate of activities were organized in the school during the month of September, 2018. The main purpose of this programme was to create awareness among the students, parents and community regarding cleanliness and its benefits. The Principal, staff members, parents and the students were the essential part of this drive.

Our Principal Mrs. Jasvinder Kaur started the cleanliness drive on 1st September 2018 with ‘Swachhata Shapath Day’ wherein students took the pledge to contribute towards a cleaner India. The whole drive was a 15 days programme in which students participated for essay writing competition, painting competition, cleanliness of school and surroundings and prepared charts and banners with messages and slogans towards keeping their surroundings clean. The students enthusiastically took up brooms and garbage bags to clean up the school surroundings.

The whole drive was interesting and motivating for the students, staff and parents. All the students were curious to be the part of this great drive that could transformed the face of our country. 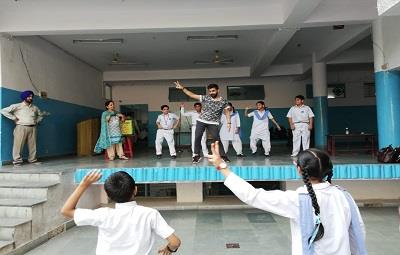 To nurture the talent of the students, the Zumba dance workshop was organized by the Fairgaze team at GHPS Karol Bagh on 30th August 2018. The students of classes VI to VIII learnt the amazing dance from vibrantly under the able guidance of Mr. Karan Sabharwal. The mentor explained the Zumba dance as a “fun and effective dance fitness workout” that combines all elements of fitness – cardio, muscles conditioning, balance, flexibility and boosted energy. Later the students were engaged in learning steps and workout techniques. The whole stage was charged up with students’ abundance of energy. In the end, the mentor had a feedback session with the students who expressed their deep appreciation for the fun filled workout. 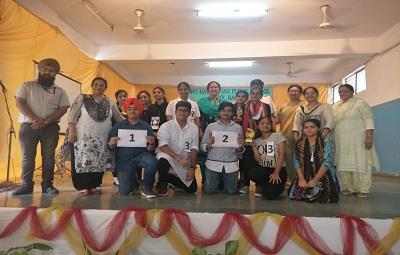 To create awareness regarding Women Empowerment in the society, Inter GHPS Advertisement Enactment Competition was organized at GHPS Karol Bagh in the school premises on 21st August, 2018. 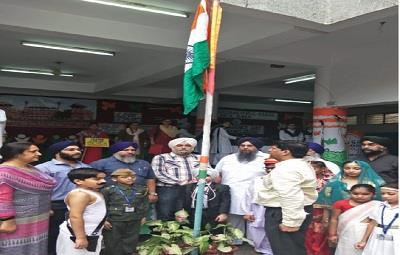 Guru Harkrishan Public School, Karol Bagh celebrated the Independence Day and remembered with gratitude, the sacrifice of the freedom fighters here today in the school premises.

MCD Councillor cum Chairman Dharam Parchar Committee DSGMC, S. Paramjit Singh Ji Rana, S. Harvinderjeet Singh Ji Raja; Former School Manager and other dignitaries were present on this occasion who received warm welcome by the esteemed Principal Ms. Jasvinder Kaur. The event marked its beginning with the recitation of the Shabad by the school choir. After that Flag hoisting ceremony was performed by the chief guest S. Paramjit Singh Ji Rana. It was followed by an inspirational speech by the chief guest. While addressing the audience, he acquainted the gathering with the importance of Independence Day. He also emphasized to inculcate the religious values in the young generation which is the future of our nation. He also laid stress on the problem of women insecurity in our country. Later, the respected Principal Madam also shared her views on this august occasion.

The audience enjoyed the cultural programme. The sky echoed with the Patriotic song, Punjabi dance and other mesmerizing presentations.

At the end Principal Madam thanked the students for exhibiting such an unforgettable programme.