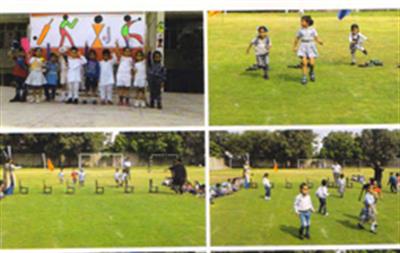 Apart from academics, sports play a vital role in developing a child’s personality. It instills the quality of leadership, self confidence and team spirit. As a part of Early learning, National Sports Day was celebrated with fervor in the memory of hockey legend Major Dhyan Chand in the school playground on 8th September, where mass participation of nursery children was an important parameter. Children participated in various races like banana race, mason race, flat race, lemon race and many more. The children had a lot of fun.