Graduation, a conclusion of one chapter, a beginning of another.”

Guru HarkrishanPublic School, Punjabi Bagh celebrated “Nursery Graduation”, ‘The Flavors of India’, with gusto and gaiety on March 5, 2019 in the school auditorium.  S .Sarvjit Singh Virk, the Chairman of the school was the Chief Guest on the occasion.

The School Principal Mrs. T.P.K. Gujral and the members of management greeted S.Paramjit Singh Rana, member DSGMC, the Chairman S. Sarvjit Singh Virk, Manager S . Manjeet Singh Aulakh, other dignitaries and all the parents present to grace the occasion.  She also encouraged the students with her words of wisdom. The programme began with a shabad  followed by the performance of the little angels of Pre-Primary on a lively number expressing their joy on graduating to main school. They left everybody spell bound with their enthralling dance performance depicting Unity in Diversity of incredible India.  Another show stealing performance was the skit  ‘Vich Dunia Sev Kamaiai, Ta Daragah Baisan Paiai’. Vibrant music, foot-tapping dance, bright colours and highly co-ordinated movements of each performance promptly set the tone and mood of the occasion.  The Chairman S .Sarvjit Singh Virk appreciated the efforts made by the teachers for holistic development of the children.  He also complimented the Principal, the Head Mistress, the students and staff for the spectacular show.

It was indeed a joyous and memorable day for the little ones as they received their Nursery Graduation Certificates and the best student award. Children looked pretty in their graduation gowns and caps. The programme ended with a vote of thanks by the Headmistress Ms. Amandeep Kaur. 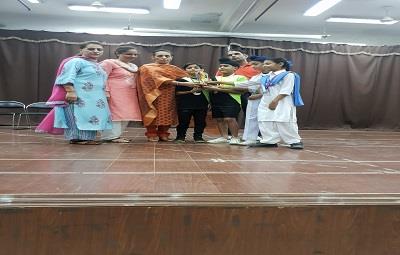 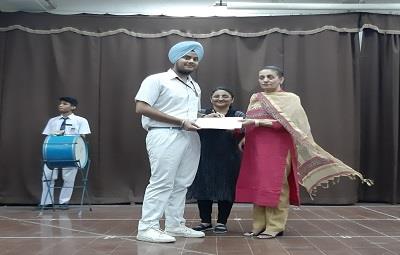 A 'Bani and  Declamation' competition was held at Mata Sundri College on 11th October 2018 in which students of GHPS Punjabi Bagh participated at all the levels ( from Nursery to Sr. Secondary level)  and have bagged many accolades in both the fields.
They have been awarded : 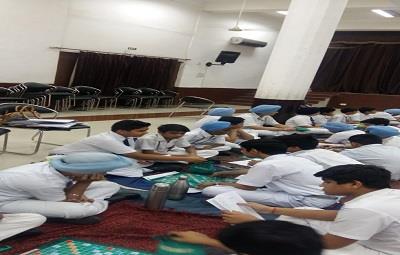 G.H.P.S Punjabi Bagh Organised a workshop for classes VI, VII & VIII on 15th October 2018 in the school auditorium on the topic “ Scrabble for Schools”. Resource person was Sunny Singh Bhatia who explained the rules of Scrabble on the projector to the students of classes VI to VIII. After that, the scrabble boards were distributed to students for the game. The highest scorers were awarded. All the students enjoyed a lot. To conclude it was an entertaining scholastic activity to improve vocabulary, word building and calculation skills. 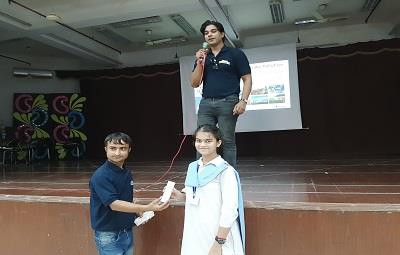 GHPS, Punjabi Bagh organised a worship on indoor air pollution for classes vi to viii on October 5, 2018, in the school auditorium, in association with Blue air. Students were made aware of the causes of indoor pollution and the steps which could be taken to clear the indoor air. They were also encouraged to take part in the contest 'blue air champions' by sending their entries in the form of articles, poems, pictures, etc on their website. 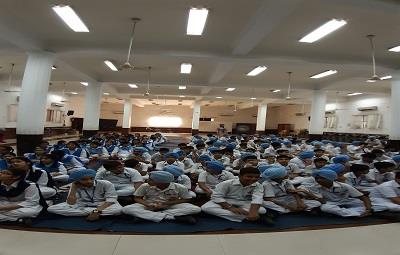 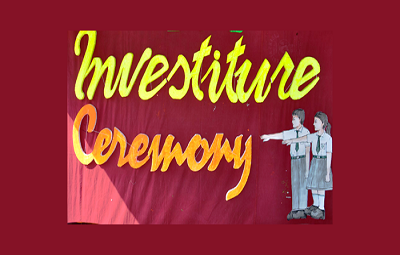 'Leaders are not born but are made by their experience in life.’

Guru Harkrishan Public School, Punjabi Bagh conducted the Investiture Ceremony for the Session 2018-19 on August 13, 2018. It was an endeavour to inculcate leadership qualities among the students and to equip them to face the challenges of the future. All members of the elected prefectorial team took oath to accomplish the assigned duties and the newly elected Head Boy, Simranjeet Singh XII C and Head Girl Navleen Kaur XII C promised to carry out the duties conscientiously. In her address the school Principal, Mrs T.P.K Gujral expressed her deepest concern regarding inculcating the habit of discipline among the young generation. She also apprised the newly elected prefectorial team that, as leaders shouldering responsibilities comes along with power which should be utilized in the interest of the school. On behalf of the prefectorial board, the Head Boy Simranjit Singh and Head Girl Navleen Kaur proposed Vote of Thanks and promised to keep the sanctity of the post assigned. The function concluded with the National Anthem.