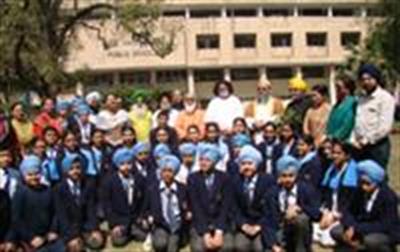 Saplings were planted by the above dignitaries along with the school students and the eminent personalities stressed the need to plant more trees to protect the environment. They also applauded the efforts made by the school students from time to time in this direction.

It was a matter of great pride for nine students of Guru Harkrishan Public School, India Gate to be a part of Indo German School Exchange Programme which started in the month of October 2017. Initially the students hosted the students of Ricarda Huch Gymnasium, Krefeld, Gremany during the first phase of the programme. German students visited our school, attended the classes and visited important places of Delhi to learn about our culture, cuisine and lifestyle. During the second phase of SEP, nine students alongwith school Principal Mrs. D.K. Dhingra and Harinder Kaur(PGT) visited Krefeld from 11 March to 20 March 2018. During their stay with the host families, they appreciated the German culture. They developed an idea about the Education system followed in Germany by attending their classes during the stay. While interacting with German students and spending time with their parents/siblings, the students got first hand information about their lifestyle and mannerisms. The students of both the countries thoroughly enjoyed the enriching, informative and entertaining experience.
It provided the young, curious and motivated minds an opportunity to immerse in each other's cultures. It promoted the reciprocal understanding and interpersonal relationship taking the young students on the path of becoming global citizens.

Guru Harkrishan Public School, India Gate celebrated the graduation of its Primary students on 11 April 2018 amidst fun and frolic.

The school Principal, Mrs. Davinderjeet Kaur Dhingra, accorded a formal welcome to the guest and shared some parenting tips with the parents of those students who have joined the GHPS, India Gate family this year. The occasion was graced by Col. Jasbir Singh Nirmal, Director Education, GHPS (New Delhi) Society.
The tiny tots, dancing on their dainty feet, mesmerized one and all. While the English play 'Save Environment' brought home the demerits of global warming and pollution in the present scenario, the Punjabi play was dedicated to the just noble and warrior-of-warriors Sher-e-Punjab:- Maharaja Ranjit Singh. The highlight of the evening was the Fusion Dance showcasing the successful completion of the Indo-German Student Exchange Programme.
The grand finale was a riot of colours and trends from ethnic to modern clothes in the form of a fashion show.
The 'Shaheed Captain Davinder Singh Jass' All-Rounder Rolling Trophy was conferred by the parents of the martyr to Guruveer Singh Dhillon of Nursery.
S. Balbir Singh Kohli, Chairman, GHPS India Gate, highlighted the importance of such ceremonies for the holistic development of students. The school Manager, S. Kulmohan Singh, congratulated everyone on the success of the event & appreciated the efforts of the staff & students. 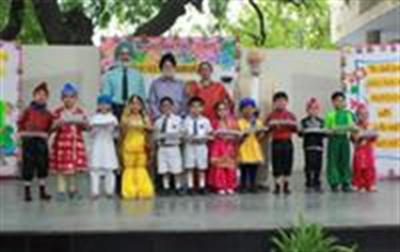 Students from classes XII and X along with Political Science teacher Mrs. Rajinder Sharma and Economics teacher Mrs. S. K. Bhasin visited the Patiala House Court on 7 April 2017, to observe the proceedings of the Honourable Court.
The Secretary, New Delhi District Legal Service Authority Ms. Shivani Chauhan, apprised the students about the various aspects of Free Legal Aids available to different sections of the society like: women, children seniors and physically challenged citizens. The students were divided into groups and led to different court complexes--- Family Court, Anti Corruption Court, Additional Session and Cubicals of Metropolitan Magistrates.
At the end, in the Interactive Session, queries of inquisitive students were answered and they were updated with the plethora of laws. It was an interactive and informative session indeed! 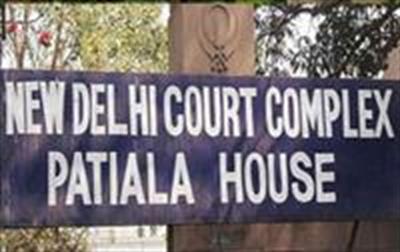 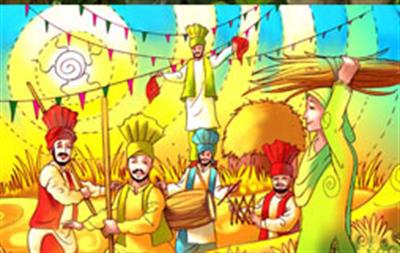 Baisakhi, this auspicious day was celebrated in our school premises on 12 April, 2017 with exuberance and gaiety.
The programme commenced with Shabad recital-Khalsa Akal Purakh di Fauj by the choir group. The importance of this harvest festival was portrayed in a song presented by the girls. Poems and speeches delivered by students accentuated the birth of Khalsa by the tenth Guru, Guru Gobind Singh Ji in 1699.
A skit and dance performance was presented by the young learners in their colourful, traditional costumes exhibiting the importance of Sikh cultural heritage_Panj Pyaaras & Panj Kakkars.
The entire staff was dressed in yellow _ saffron colour to mark this great day. At the end, School Principal Mrs. Davinderjeet Kaur Dhingra congratulated everyone for their great efforts to put up the show. She delivered a motherly speech on Not to Waste Food, coined the students as Harbingers of Change, and wished all a very happy and peaceful Baisakhi. 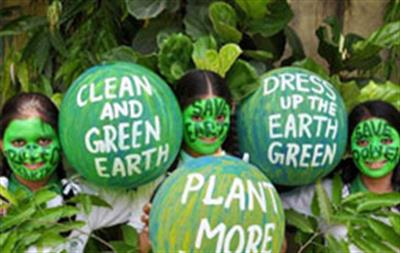 The school was abuzz with activities on 24 April 2017 when students of class IV at GHPS India Gate celebrated the World Earth Day . Cheerful students began the celebrations during the morning assembly. Jaishith Sharma of class IV-C spoke about the World Earth Day. Banners and colorful placards were put up, reading Go Green , Save Nature and Save Trees which was followed by a group song by the students of class IV. Our school principal Ms. Davinderjeet Kaur Dhingra planted saplings along with the students in the school on this occasion. Guru Nanak Dev Ji, laid the foundation of sacred vision for the environment when he composed the Shalok Pawan Guru ,Pani Pita, Mata Dharat Mahat meaning Air is the Guru, Water is the Father and the Earth is the great Mother. Our principal encouraged the students to honor our Guru's wisdom by believing that all humans should be sensitive towards nature so that our biodiversity remains vibrant for our future generations .Our headmistress Ms.Gurmeet Kaur Virdi also shared her views about the importance of environment conservation and motivated the students to work towards it.Saplings were presented to the Principal and the headmistress by the students .A colorful rangoli depicting our Mother Earth was the highlight of the day .