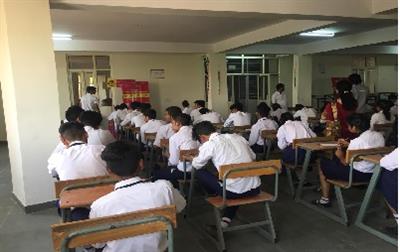 Counselling session was organised on April19, 2019 in school auditorium by Holy Convent Senior Secondary School. It was for all 12th sections  Counselling session is an integral part for all the students, who are career oriented. It improve communication and interpersonal skills. Career counselling help them understand their own strength and weakness with regard to their interest. A team came from "Zee edu-care" to motivate the children. They presented themselves and talked about some famous You-tubers and persons to the students, they interacted with them by asking general knowledge questions. For the correct answers they awarded prizes as well as some of the students also won prizes, they were from different sections/streams, Kajal pandey (Commerce), Nandni (Science).

Holy Convent Senior Secondary School organised quiz competition for class 12th on 27th April, 2019. Seema gupta, the english teacher conduct the quiz. The auditorium was decorated with posters before starting the quiz teacher explained the format of the quiz. There were three rounds, first round was among different sections among class 12th, all did well and arts section won the first round.

Second round was among the inter- house of the school, and lavender house won it. Third round was among the same. First prize won lavender house (blue), Second Rose house (red), and third Sunflower house (yellow). All the students enjoyed it very much.
Jury of the competition were Amit jaiswal of 12th B (commerce), Rohan of 12th A (science), and Aleena of 12th C (arts).

The first round of the Quest was conducted by our institute in the month of December 2018 and january 2019 in different school of Delhi/ NCR and Haryana. As many 352 schools Participated and many students got qualified for the second round of PIET Quest-2019.

The second and final round of the PIET Quest-2019 was scheduled to be held on 24th and 25th April 2019 at the PIET, pattikalyana, samalkha.
Arun aggarwal of commerce section cleared the second round and selected for third round from 88,000 students. Instead of it there were many other activities they were arranged for students, all enjoyed in the college campus. 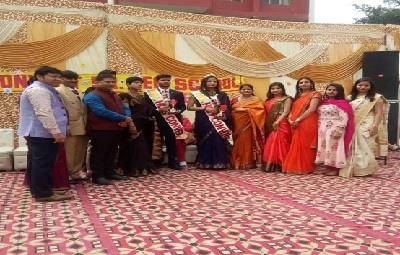 Holy Convent Sr. Sec. School, Vikas Nagar, New Delhi gave the farewell to 12th standard students on 16th February, 2019 in the school premises. The whole school was decorated. All teachers & students were well dressed up. The program started at 10:00 AM under the observation of the school co-ordinator Mrs. Seema Gupta. In honour of the students of Twelfth class, 11th class organised some funny activities for  teachers titles, students titles, funny reward etc. Later the Principal of the school, Mrs.Pushpa Sharma announced the various rewards like brilliant students, all rounder and Mr.Holy Convent & Miss Holy Convent of the school & distributed them trophies. Rohit Kumar & Shivani Singh got those titles than teachers gave their blessings for board examination, later students enjoyed DJ dance, took lunch was memorable day for all. 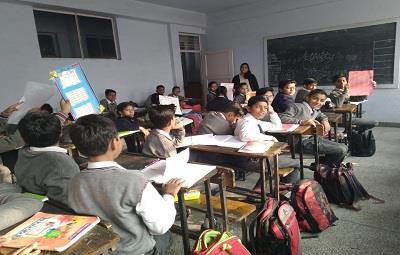 "Knowledge comes but wisdom lingers "
Sanskrit shlok chanting competiton  was organised on 19th October, 2018 in the school auditorium of the Holy Convent School . It was hosted by Mrs. Sarvista Ma'am . In the auditorium, there were the sweet sound of only the chanting of shlokas in sankrit by students . Sanskrit which is our ancient langauage and at that modern era we much lagged behind the importance of this langauge . The term"  Sanskrit " is derived from the word "sanskriti" which means a culture and a tradition. So, bring the importance of sanskrit in this modern era or to create curiosity among the students, shlokas in sanskrit was chanted by students which gave many of the moral education. There were huge excitement found among students. 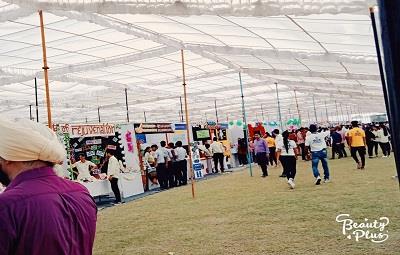 Recently Holy Convent Sr. Sec. School visited "SGT University" on 10th October 2018 . The venue of the place was at Gurugram, Haryana.That trip was accompanied by coordinator Mrs. Seema Gupta along with other teachers. The excursion was amazing students were enthusiastic. They were amazed to see various models under exhibition which was organised by the association of the university. The various models which were shown were very creative and innovative. The models were simply related to technology and science made by different students by diverse school groups into hundreds of schools were also there. After that lunch and gifts were provided to the students by the university as a return memory. This visit plays an integral role in the holistic development of students creating mental developments, interest, curiosity and also broaden the base of their skills. 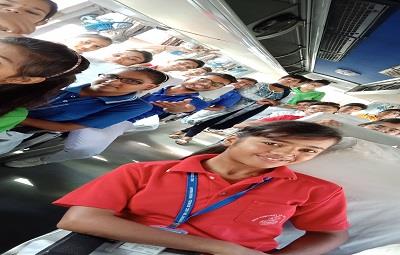