The annual parent teacher meet was held on 23rd March,2019 to gives student's annual performance to their parents. Parents were given feedback on their ward's performance annually during class. It was a great interaction between the parents and the teacher to discuss their ward's performance and development. Particular strengths and improvement areas of ward's were also discussed with the parents. Along with the progress report the suggestions  were also given by parents have been noted down.

The  P.T.M came to an end with the conclusion that "The joint effort of parents and teachers both."

The 73rd Republic Day was celebrated in the school premises with gaiety and enthusiasm. The ceremony began with the incredible display of dance performance which filled the crowd with great energy . The heartfelt renditions of patriotic songs filled all the students with the feeling of love and brotherhood . The entire ceremony filed the student with pride and a sense of duty.

Annual Science Exhibition that was held in holy world school where students did hard work on there science projects and presented it in front of the teachers and parents who were there to see the projects. As all the projects and models that were designed by the students was exceptionally brilliant and it showed in there work also. 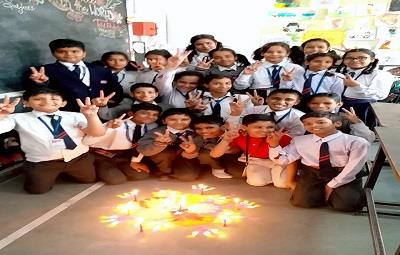 Inter-School Vedic Maths competition was organised at Holy World School where students participated with lots of energy and zeal. 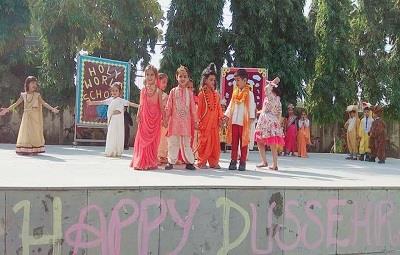 Role play of Ramayana was performed by the children of Kinder Garten at Holy World School. 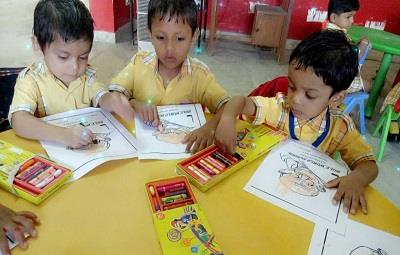 Children celebrated Mahatma Gandhi birthday on 1st October with lots all excitement.Also they coloured the portraits of Gandhi Ji. 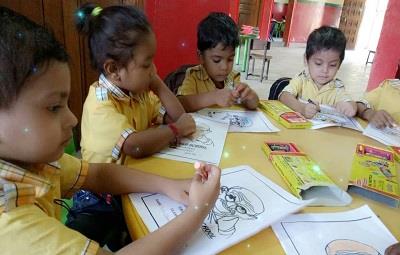 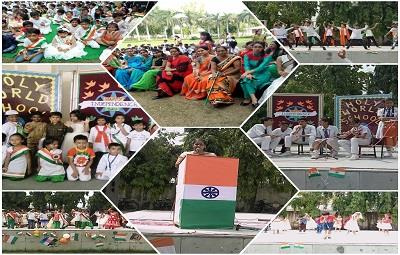 We celebrated 72nd Independence Day with unprecedented patriotic fervour on 14 Aug 2018.All the teachers and students gathered on the assembly ground.The gamut of celebration activities held in the school. The Chairman throw some light on the struggle for the freedom of India. The Principal gave a speech reminding the teachers and the students of the sacrifices made by our great freedom fighters.At the end, the Principal hoisted the tricolour and the national anthem echoed the entire school.

A school level mock exercise on earthquake was conducted by School Disaster Management Authority (SDMA). Children were taught about various techniques of dealing with an earthquake and how to mark themselves safe during such a mishappening. Safety is everyone's priority... and we also follow this path at our school .An event was organised at school in which we conducted a mock drill on earthquake for the students of class 6.

The only aim behind it is to make students aware about all the aspects related to earthquake and make them to know how deal in such situation . Their social teacher told them the ways to protect them and help them each other in a situation of earthquake so that not only they can save themselves but also can help other people in their surrounding in during or after an earthquake.

The science lab visit for the students of class 4. Teaches made them to learn about The water cycle in environment. Students were made to learn how the water moves between the land and the sky with the different conducting process like transpiration, evaporation, condensation .They also learned with the help of diagram of water cycle.

Here comes the story and poem time for the students of class 5 . The English story telling competition on "simple living " and Hindi poem recitation "सुबह" was conducted for them . Students  has shown very good performance by learning them by  heart .The main aim for this activity to make students learn about some moral value and the beauty of our nature.