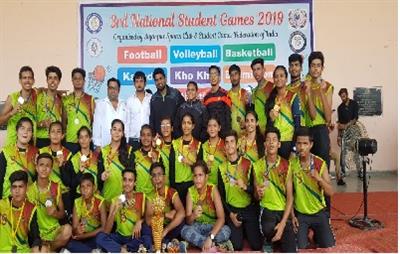 Little Florians are such champions whose victorious performance demonstrates their team spirit and persistence.

Thirty four students participated in Volleyball Under-19 and Under-17 groups in the 3rd National Student Games organized by Student Games Federation of India at Sujanpur (TIRA), Himachal Pradesh from 19th July, 2019 to 21st July, 2019.

The winners and the coach Mr. Brajpal Rajput were appreciated by the school management for their momentous achie