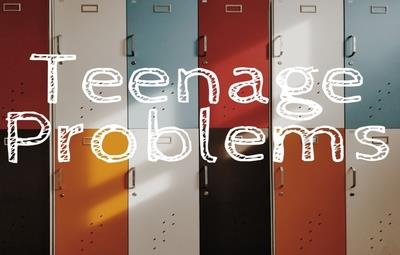 In the words of Shakespeare, “All the world's a stage, and all the men and women merely players: they have their exits and their entrances; And one man in his time plays many parts, his acts being seven ages.”
Teenage is the toughest part of life. In this part of life, options and choices are thrown to you and one gets confused, which road to take. At this time promises are made and life is sung. Teenage is an age of desire, where they make it come true. Teenage is an age of faith when we prepared to write our own fate. Teenage is an age of decision when the heart and mind are in unison.
It is a very confusing state when you feel the whole world is against you and you have to stand up for yourselves. The whole world denies accepting the adrenaline rush that rules your life. You are often misjudged. It is time when you need a teacher who puts a pat on your back and parents who hug you and say, “It’s your life to run”. Life is a challenge, face it. Life is sorrow, overcome it. Life is a problem, solve it. Life is a song, sing it. Life is a beauty, praise it.
Teenage life is the best and confusing part of life. They look far to becoming 18 but they do not know the responsibilities they have to handle. They are the rulers of their own life but have to pay the price of their every mistake. Teenage is the age which should be taken seriously as it is the most sensitive part. Let us treat each teenager as a unique individual and should motivate them to keep the right company. Sometimes they do need a line of control but do not treat them like a pet dog. It is the times when everyone should hear the woes and help them to succeed in life.

Role Of Newspaper In Public Opinion 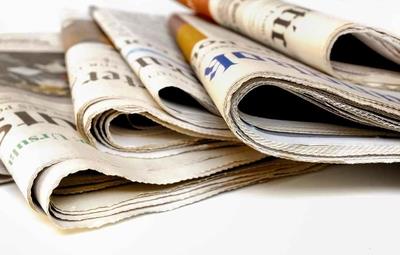 Said CHARLES LAMP, “It is the art of generating curiosity that compels people to read on.” Hence most of the news is presented in a manner that catches the immediate attention of the reader. Thus, when a dog bites a man then it is not news but when a man bites a dog it is sensational news. This is the special appeal the newspapers have over media. Engage in dissipating news.
They play an important role in democracy and are the most important and effective media for mass communication. Besides newspapers have played an important role in informing and molding public opinions. During our struggle for independence, the newspaper played a major role by becoming the mouthpiece of the national leaders to unite the people. Even after independence, they have, on many occasions brought to the co-front issues of contentious but required public debates for their resolution.
It may have some drawbacks, such as it can be manipulated and can be influenced by political leaders or can be suppressed by them. But, they also help in raising awareness about the evil that plagued the society like dowry, sati, etc. and about the self-security and safeguard against diseases, discrimination, etc. For e.g.:- The coronavirus originated in Wuhan, china broke the borders and caused mayhem in the whole world. This pandemic which spread like the fire started sucking the life from the world. In this situation, the newspapers acted as a medium of spreading awareness regarding the safety measures taken in this hard time.
An independent media acts as a watchdog in a democracy and pin-points small=small errors in society. It is the major and the most effective mode of public opinion in a democracy. A newspaper is known as “Peoples Parliament” because of the stellar role played they play in the society. Due to this reason, it is also known as “Fourth State.” 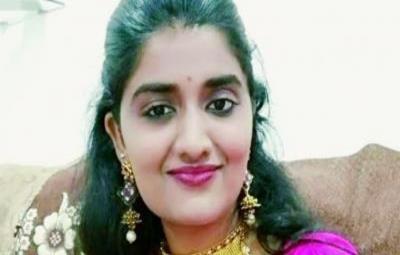 “The most respected figure is most severely violated in our country.”

Yes, there we go again, yet another case of the murder of humanity. Another case of rape, when India lost another of its daughters. We all know about it, don’t we? Priyanka Reddy, the only name that was ringing in our ears a while back. 26 years old, raped and burnt alive in Hyderabad. But no, she wasn’t burnt alive, her soul died the moment she fell into the hands of those demons, and who cares about the body? They even rape corpses. Her body was found completely charred; it depicted the brutality of those rapists. It was all over media, people cried, offered their condolences online, in whatever way possible.
This news spread like wildfire, but calmed down like a burning
matchstick. Why? Because this is India, here, stories of rape come and go by every year. This isn’t the first time this has happened. Also, we only get to know about the cases which were too atrocious, or the ones whose victims open up about what happened with them. Dozens of rapes happen every day; it’s just that the government is deaf. Deaf only to the screams of girls, deaf only to the inconsolable families of the victims that didn’t survive, Dr. Reddy’s case though, was indeed, a miracle. We’ve always known that the Supreme Court is never going to punish the accused for the unpardonable act they’ve done. The
Highest judicial authority of India didn’t provide any justice to Dr. Reddy either. However, all the 4 accused were shot dead by Hyderabad police. Now this is what we call ‘justice’. Yet, some people think that this sort of justice is too cruel. Well cruelty can be defined with what happened to Dr. Reddy. This angel is now in heaven, resting in peace, thankfully. Still, there are many other women who haven’t had the justice they need yet. All because of the narrow minded people who blame a girl’s clothes, friend circle, family background, religion and what not for rape. India is progressing but the mindset of people is still on the point from where we started. When we are in danger, no one is going to come to save us; we need to fight for ourselves. If people can teach a girl self-defense, then they must teach their precious boys SELF CONTROL. Yesterday it was Nirbhaya, today its Dr. Priyanka Reddy, tomorrow it can be me. After all, we are not the darkness we endured; we are the light that refused to surrender.