Our great soldiers who work fearlessly for days and nights at the border are the people of the highest gratitude to be paid. Recently, our 44 CRPF soldiers died at Pulwama and all the citizens of India were in grief. A special assmebly was conducted by The Mann School Management, where the students showed their love, respect and grief towards the Indian Army soldiers who had lost thier lives with two mintues silence in the school premises.

Delhi, Sunday, 10th February, 2019: Shooting of a TV Ad film was done in one of the most popular schools of Delhi, The Mann School situated in Holambi Khurd Village, Delhi. The well-known film actors 'Manoj Bakshi' and 'Sushil Tyagi' acted in this Ad film under the direction of renowned director 'Mr. Rajeev Sharma'. During this Ad Shoot actor and producer Sunny Rathore, Principal of The Mann School, Commander VK Banga, Owner of Leminex company Mr. Pankaj Malhotra  were also present. School staff and students also enjoyed the time spent in shooting TV Ad film. All of them learnt various tactics of acting and direction skills with great degree of enthusiasm. They also got a clear view about the importance and technology of using chroma floors to make any feature film. The actors who visited The Mann School to shoot TV Ad film appreciated the facilities and hospitality of The Mann School. 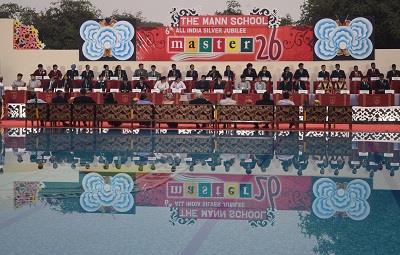 ‘The Sixth All India The Mann School Silver Jubilee MASTER 26, 2018 was organized on October 31, 2018. The competition was presided over by Dr Geetanjali Singh Chanda, an Associate Professor, English Literature, Ashoka University. The competition began soon after the formal floral welcome of the Chief Guest and lamp lightning. Two participants from 22 schools each including Mayo College Ajmer, Saranbasweshwar School, Karnataka, RIMC Dehradun, Sainik School Ghorakhal, Sainik School Nagrota, Sainik School, Chittorgarh, The Emerald Heights, MNSS Rai, Hyderabad Public School, Begumpet and the schools from Delhi- NCR besides other parts of the country took part in the competition. After grueling for five rounds, Siddhant Chandra Upadhyay from Mayo College Ajmer was declared Runner Up. He was awarded a cash prize of Rs. 5100/-.and Ajitesh Tayal from Ahlcon International School, Delhi lifted the glittering trophy for his school and a personal reward of cash prize of Rs. 11,000/, a gift voucher worth Rs. 25,000/- along with a memento and a certificate as he was declared the ‘CHAMPION MASTER-26, 2018.

Heartiest Congratulations to 'The Mann School' 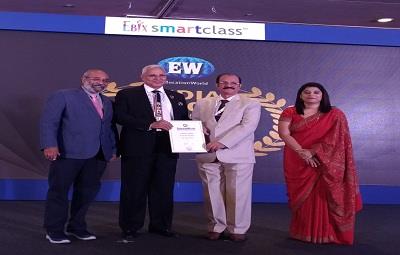 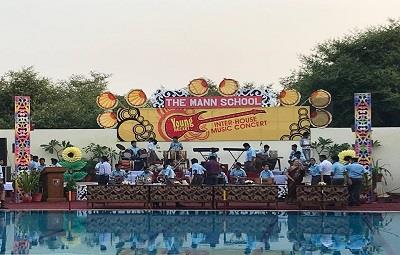 Young Mozart’, an Inter-House Instrumental Concert was organized on 18th September, 2018 at The Mann School. 48 to 50 students performed their skills on more than 20 instruments including synthesizer, xylophone, dhol, sitar, able, mandolin and santoor etc. Every house performed on more than three 3 ragas including folk and western music in 45 minutes allotted to them. The competition comprised of four categories i.e. solo, jugalbandi, trio and group. Mr. Goldy, renowned music director and composer and Mr. Ashwini Kumar able maestro, judged the competition. They appreciated the participants, their parents and the school which supports them. The runners up trophy introduced by Pracheen Kala Kendra under the name of Guru M.L Koser, founder Pracheen Kala Kendra was lifted by Dayanand House. Vyas House bagged the beautiful Young Mozart Trophy. The students were excited to win recognition and applauses by the audience and the judges. Principal, the Mann School, Cdr. V.K Banga, presented a memento to the Chief Guest and praised the efforts of the teachers and the budding musicians.

Students Chilled Out At Water And Fun Park 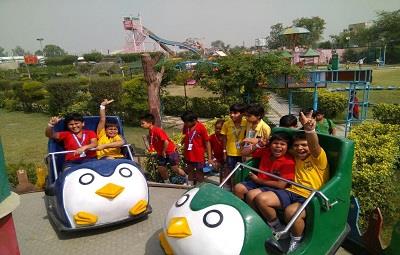 To rest, relax and chill out after the final examination, the students from class 3rd to 5th visited ‘Just Chill Water & Fun Park’ – Delhi on April 26, 2018. They had a pleasurable experience of activities like gaming, roller coaster ride and rain dance.
A radiant smile on the faces of children was the key to the fun filled trip organized by the ‘Eduventure Club’ of the school.