Who Serves The Country Most - Teacher Or Soldier? 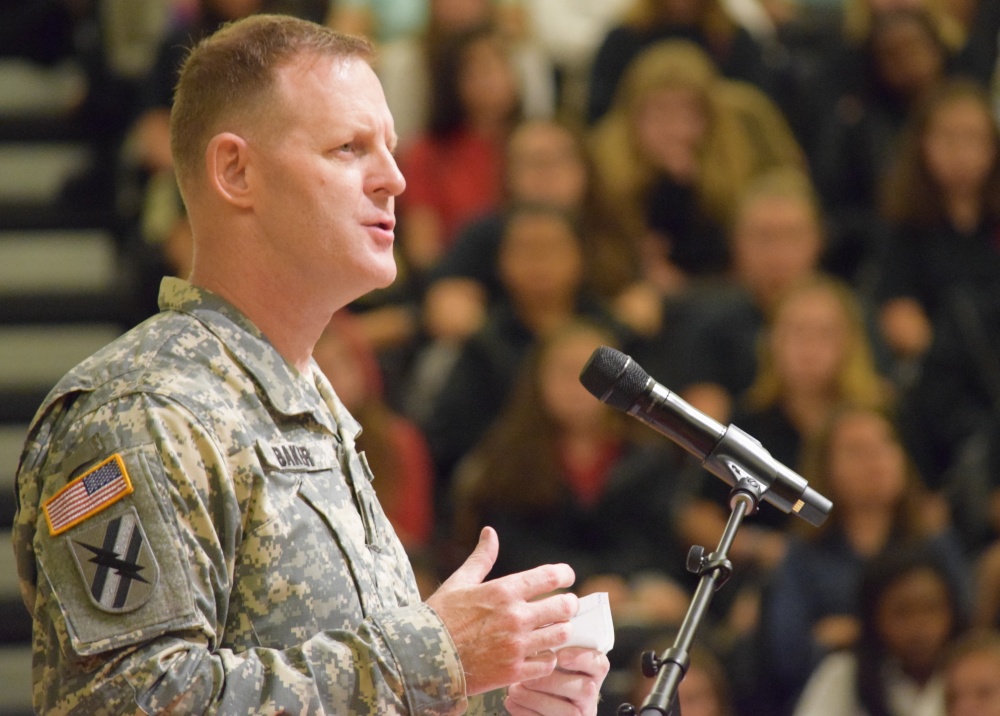 Teachers play a very important role in the growth of the society. They are the ones who are vital to shaping the mindset of the nation. It is impossible to think of a society without teachers and their contributions. A teacher does not just deliver information but they are the ones who dedicate themselves to educate the future generations. Children of the society are like soft clay whom the teachers with their love, dedication and by being the inspirational power transcend the realms of the classroom and prepare the students to be successful members of the society not just in terms of acquiring degrees but by encouraging the young ones to strive for greatness, live their lives to the fullest potential. A good teacher is one who through his/her commitment to excellence and through their ability to make children realize their own personal growth.

It is the teachers who spend most amount of time with the students and are there through each pivotal stage of development. Spending six to eight hours a day with the students they are the most influential people in the student's life. Right from the elementary school, the middle school teachers are the ones apart from parents who guide the students through the most important transition: adolescence. As children become young adults, it is the teacher who imparts not just academic knowledge but also answers myriad of questions that the students have in their inquisitive mind, listen to their problems, and teach them how to go about the different phases of their lives. Teachers don't just watch the children grow but actually help the children grow.

Great teachers leave indelible marks on the minds of children who grow up to be very successful in life. There are so many aspects of life that teacher is able to touch which are never detailed on a syllabus. In the process of helping children grow teachers are responsible for imparting some of life's most important lessons. The teacher's role in a student’s life is also defined as psychological. A teacher is not only an educator but also a psychologist who has to constantly read emotions of the children. Every child is different and it is definitely a great responsibility to try understanding them and shaping their minds and the way they see the world around them. A good teacher will be able to inspire, while a bad one can actually kill the inspiration.

It is also teachers who instill in the minds of the children patriotic values, love for their country. Teach the children about respecting the nation and the people living within its boundaries all the aspects that builds a nation. The young adults who decide to join the army and serve the nation must have at some point of time during their student life been motivated, inspired by their teacher to serve the nation and nothing could be better than joining the army.

The main role of the Army is to defend the nation against potential enemies. However, the role of the Army doesn’t end just there. The role of Army in building the nation is enormous. National security can be conceived as the preservation of the core values and vital interest that are very critical for the nation from external and internal challenges. The external security depends on national power which requires continuous enhancement of the country’s capacity to use its tangible and intangible resources in such a way that it affects the behavior of other countries. A strong military is necessary for development and preservation of national power.

According to the words of Chanakya, "The soldier does not himself the Royal treasuries enrich nor does he the Royal granaries fill… The soldier only and merely ensures that… He is thus the very basis and silent, barely visible cornerstone of our fame, culture, physical well-being and prosperity; in short, of the entire nation building activity.”

There are various ways in which the Army serves the nation, whether defending the country from external forces by putting their lives in the line of fire. Conducting humanitarian rescue operations during natural calamities and other events that disturb the normal process of life. For instance terrorist attacks within cities, like that of 26/11 attack in Mumbai. Though the main objective of Army is to defend the nation’s frontiers, but army is also taking the responsibility of internal security as and when required.

Coming back to the actual discussion of who serves the country most - Teacher or soldier? Well both happen to be most important pillars of our society. We cannot imagine our lives without both of them. No society is complete without teachers, nor can we think of a secured society without the Army. It is very difficult to really put a value to the service that both of them extend towards the society we live in. No school can function when the security of the country is compromised. The Army is much needed to keep the society running smoothly with the citizens of the country moving about freely. However, we also cannot deny the fact that we send our little one to school and it is the teacher who nurtures the kids, holds their tiny hands and teach them how to walk to talk, develop positive attitude towards life. A child learns from a teacher the real meaning of patriotism, it is the teacher who instills in a child the love for the nation. Even when a student goes through his training as a soldier, it is again a teacher who has to teach him, train him to become one. In other ways the soldier who protects our nation fearlessly is after all the product of the hard work of a teacher.

We may go on with the discussion, but actually there cannot be a comparison as such as to the greatness of both these profession. It is like saying who is more important the “mother” or the “father”?

Both are equally important, very strong foundation of our society. No society can either exist or grow without these two.