Role of Women in Society 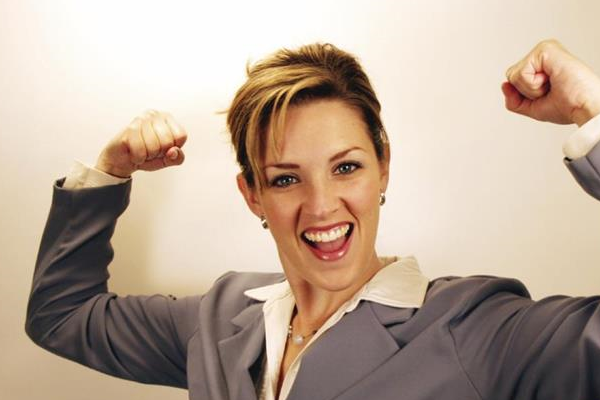 It all started since the 1920s when the role of women shifted dramatically in society. Women began to liberate themselves and started working outside their houses. They begin to engage in activities which were previously reserved only for men. They discovered and uncovered their sexuality, sensuality, and body.

These changes became a common occurrence throughout the western world after the war. Only a few women used to work outside the house before the war but when the war ended, women had to replace men in many areas for various jobs. Gradually, it became acceptable and desirable. Women of all classes entered the zone of the workforce which resulted in women occupations like teachers, nurses, and social workers. The professions and fields which are previously considered only for males are now open for females as well. In 1918, around 11 million women started working full-time in Germany. The working women were about 36% of the whole workforce. Their visibility came into limelight when they started becoming bus conductors postwomen, lawyers, and doctors.

In today’s society, women have achieved a very active role. All this happened because of a long fight that is still going on somewhere. Gender inequality can be seen nowadays also even after all the transformation. Women have walked down the path which is full of obstacles and now gathered the power of participating in the society. Women started their empowerment in the world war 2 after which all rights of women have been recognized in the civilized countries.

A variety of significant and important roles is played by women from their birth till the end of their life. She is still considered weak even when she plays all the roles and jobs timely and inefficient manner. Even after lots of awareness programmers, rules, and regulations, the life of women remains much more complicated than a man. In addition to taking care of herself, she has to take care of her family members as well being a daughter, granddaughter, sister, wife, daughter-in-law, mother, mother-in-law, grandmother, etc.

Women are considered as a goddess especially in the society of India. This belief is being practiced since the ancient time. They are considered as goddesses but not treated like the one. For many years even after all the struggle and fight, they are still being ill-treated by this male dominating society.

Even after all the fights and bad treatments, women are considered a very important part of everybody’s life. Without a woman, we can not even imagine our life. For the successful continuation of life on this planet, women are highly responsible. Apart from doing household chores like making food, cleaning home, and taking care of all family members, a woman has also started taking part in many activities related to finance, investment, etc. The government of India has also taken part in making the women empowered and strong by implementing various rules and regulations. Female foeticide, dowry deaths, early child marriage, domestic abuse, child labor, sexual harassment, etc are the trends which are related to ancient times. The government has banned all these practices and taken strict actions against those who disrespect or unfollow the rules. These initiatives of women have improved the status of women in society.

With changing circumstances and thinking of society, women are becoming really forward as compared to ancient times. Women are playing a great role in the growth and development of society. Masculine roles are generally associated with strength, dominance, and aggression whereas the roles of women are related to passivity, nurturing, and subordination. The notion of preserving women backwardness especially in rural areas is one of the most important and significant contributors to unplanned family size, poverty, poor reproductive health, hunger, etc. In some countries like Bangladesh, women are looked at as child bearers only. If a country wants to achieve a sustainable development and meeting global goals, then it is very crucial to bring equality between women and men.

The majority of jobs today are reserved for men but that should not mean that women cannot make their career. Men are nowadays entering in the jobs which are considered for women like nursing and women, therefore, have been allowed to enter into job vacancies that are left by men. Many television shows like ‘Sex and the city’ and ‘Hidden figures’ have portrayed successful women career stories.

Various changes have been seen and impacted the role of women in society. Now, women have gained a lot of ground in politics, the workforce, social welfare, etc. They are even more powerful within their own households. From a time when women were not able to voice their opinions to the modern time when women started ruining in presidential campaigns, the lifestyle of a woman has undergone a drastic transformation. The modern society and workforce are filled with powerful women who play their leadership roles in offices in a very impactful and efficient manner. Women are in powerful positions in various large-scale companies. Working outside doesn’t mean women do not do household chores. In fact, women do two full-time jobs - the one at the workplace and the one at home. Women nowadays are becoming keepers of the home, planners of family events, errand runners, and the bill payers. According to statistics, at the outset of the 21st century, women hold up to 22% seats in the state legislatures, 12% in Congress, 6% in nation governships, 36% of the legislative governor, 14% of the federal judiciary, and 27% of elective executive offices.