Growing Anger Amongst the Youth 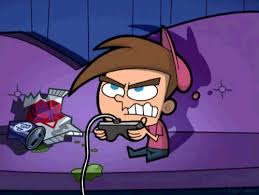 Teenage years are the most difficult and challenging years in a person’s life. There are a number of physical & emotional changes taking place in one’s body, and at times, it gets quite tricky to cope with all of them. When teens cannot find another way to deal with these changes, they get annoyed, and take steps they should not. They know it is wrong for them, and would cause harm in the long run, but they still do it, only because being rebellious makes them feel a little better about themselves.

Not feeling wanted or accepted in a group can be very hurtful, and teens may exhibit these feelings as anger or aggression. Homework overload and extracurricular demands are also areas in which teens tend to feel overwhelmed, causing frustration and anger. While boys usually tend to express themselves physically, girls tend to act on this anger by verbally expressing themselves.

Parents must be aware of signs to look for in an angry and aggressive teenager. It's common for teens to fight with almost anyone when they are upset. When a teen appears isolated, spends a lot of time in their room, does not want to participate in typical activities, suffers a drop in grades, lack of appetite, sleeplessness or too much sleep, they might be troubled.

Working with angry and/or aggressive teenagers is important. Trying to figure out what is causing their anger or why they are upset about helps alleviate some of their struggles. Being available, listening to them and offering support are all huge components of making them feel that they are cared for, even if they have a hard time seeking the help that they need.