Animated Movies: A Source to Imagination 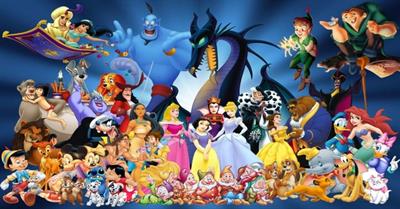 As a child each and every one of us has watched and dearly enjoyed animated movies and loved them. Movies such as emoji movie, inside out, Barbie movies, spider-man animated movies, wreck it ralph, frozen, Big hero 6, minions, Hotel Transylvanian, Sing, Scooby-Doo, Rise of the guardians and so many more. As kids, each and every one of us had such an awesome imagination. We could imagine things such as flying horses and thought unicorns were real. All this made us imaginative and vastly creative.

But as we grew up we stopped watching animated movies as we thought they were kiddish and not for us. We also became less imaginative and thus most of us became less creative.

These two things – animated movies and imagination are more interrelated than most of us had though. In fact, many great authors and fantasy movie makers were greatly inspired by them as animated movies tell us that anything and everything is possible in our imaginations.

Who would have imagined that Inside our be=rains there are tiny emotions with brains of their own as shown in inside out, or that the emoji’s on our phone have their own world like in the emoji movie.

We should not stop watching animate movies just because someone said that we should as we are too old for them. If we like it we must watch and not care what others say.

In the end, I would like to say that, watch animated movies to your heart’s content as it’s your life and only you can choose to live it the way you want.