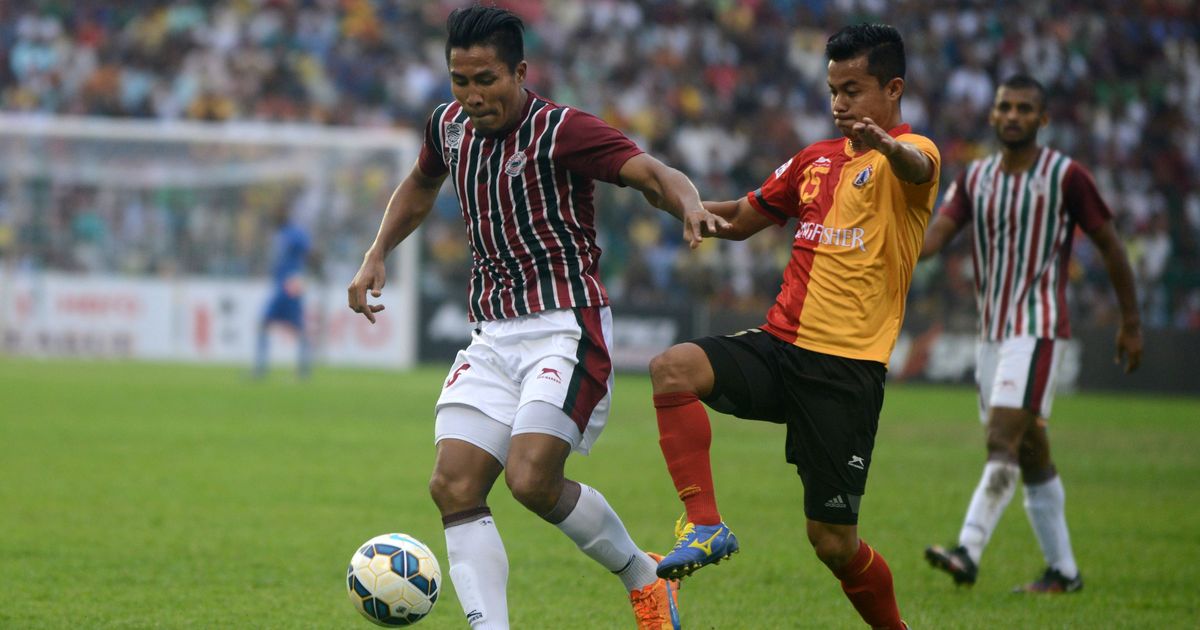 Football is considered the most popular and exciting sport both by the audience and the participants. With more than 100 years of history, this sports began in 1863 in England. The history of football starts with a Chinese game called cuju which has been recognized by FIFA. Many ball games were being played by the ancient Greeks and Romans, some of which involved foot usage. In the 15th century, Scotland started playing the ball game and name it football.

Football is a team game which involves kicking a ball to score a goal. In England, the football league was founded and became the first of many professional football teams. There are various codes in this game which are grouped into two categories - carrying codes and kicking codes. The team comprises usually between 11 and 18 players. This game is played by over 250 million players in over 200 nations. It has the highest number of the TV audience in the sport making it the most famous sport.

At the beginning of the 20th century, a need for a single body to oversee association football came into limelight. This leads to the formation of the Fédération Internationale de Football Association (FIFA) in Paris on 21st May 1904. The first president of this association was Robert Guerin.

In the state of West Bengal, India, the Indian Football Association abbreviated as IFA is formed for administering association football. It is the oldest football association in India which was founded in 1893. The IFA was in de-facto control of football in India before the formation of the AIFF, All India Football Federation by virtue of its Englishmen administration as well as its affiliation. This association was instrumental in creating the AIFF for governing the football on a national basis. Because of the complaints from the clubs outside West Bengal about the lack of neutrality in the IFSA affairs, the western Indian football association was formed. This association prefers to be governed by themselves rather than by the IFA. With the help of Indian Football Association, AIFF is formed. Many tournaments are organized by this association like Calcutta football league and the IFA Shield. During 2017 Under 17 World cup, the buildings of IFA were painted for attracting more and more tourists in Kolkata.

In 2015, IFA has approached the government allowing players of Indian origin to join the national squad in the wake of a humbling WOrld cup qualifying defeat by Guam. The association seeks an exception to the then existing rule stating only Indian passport holders can represent the country.

In 2017, this association was threatened to begin a parallel tournament in case the parent association which is AIFF does not come up with an acceptable and reliable solution for a unified top-tier national league. The secretary of IFA, Utpal Ganguli, showed solidarity with the heavyweights of Kolkata on the eve of Mohun Bagan and East Bengals meeting with the AIFF in Mumbai. He said in a news conference that he is still hopeful of a solution and if required, he will do a new tournament. He further referred to the draft contract issued to the big clubs of the city in which they have to give out the intellectual property rights to the promoter of the new tournament. It includes the name of the clubs, emblems, their jersey colors, etc.

In the old history of 125 years, the Indiana Football Association (IFA) for the first time has created a post of chairman for the accommodation of president Subatra Dutta. She will make the seemingly parallel move in July. IFA comprises 286 clubs and conducts the oldest league in Asia predating the AIFF by 55 years. For this post, IFA will have to amend its constitution. Utpal Ganguly said that they don't want to lose the services of Mr. Dutta as three generations of his family is involved with football in India. The post of the president will be taken over by BOA - Bengal Olympic Association chief Ajit Banerjee. The new chairman, Dutta, aimed at avoiding elections at the association's upcoming annual general meeting. He will have an advisory role as chairman and will be enjoying the voting rights and responsibilities. This also includes the selection of IFA’s representative to attend AIFF meetings. He will also give the authority to have the final say in case of any dispute among office bearers.

Football is a popular sport which has enjoyed popularity in West Bengal, Goa, Kerala, and northeastern India consisting of Manipur, Assam, Meghalaya, Mizoram, Nagaland, Tripura, Sikkim, and Arunachal Pradesh. The top domestic league of India currently is I-League which was formed in 2007 attempting to professionalize this sports in 2013. Indian Super League was formed with 8 teams promoting Indian football to the country and world. India is currently ranked 96 among the FIFA World Rankings.