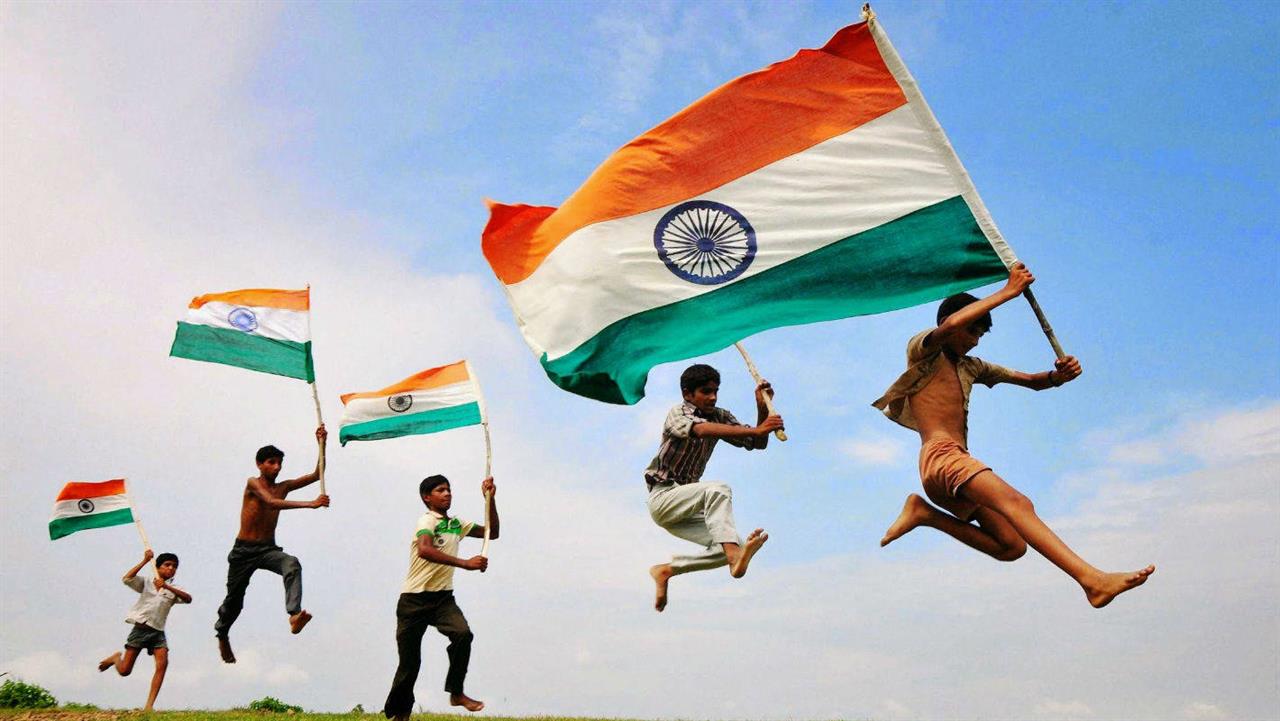 When we use this word in the context of a country it indicates that a government in which the supreme power resides in the body of citizens who are entitled to vote and elect officers and representatives who are responsible to the citizens and govern according to the laws set by the Constitution of the Country.

The British actually ruled in India for 190 years, in 1757 Robert Clive won the battle of Plassey over Bengal. However, the accurate years of British rule in India is nearly 100 years as they had completely taken over the rules of the country in their hands from the 1857.Prior to that it was the British East India Company that had great power and hold over the Indian Sub-Continent but was still not the ruler.

In the beginning of the 15th century British trading companies and merchants reached the shores of India and started trading. The British East India Company was formed by a group of merchants in the year 1600.For very long the British East India Company enjoyed being the sole encashers of the trade. Over time the British East India Company grew so bold that they even became independent of governmental powers and rules. They even started their own army and judiciary, stopped sending back profits back home to the British Government and engaged in filling their own coffers. It was in 1784 the British Government brought about the Pitt's Act and got an effective control on the activities of East India Company not just in India but also in other British colonies where the atrocities of British East India Company had long crossed tolerable limits. In India it was after the rebellion of 1857 that the British Crown took over the reins of East India Company and thus started the era of British Rule in India. The Indian Independence movement was a long struggle to end the British Raj which spanned a total of 90 years from 1857 to 1947. The Independence movement included both violent and non violent protests. A mass based movement that was fighting for Indian Self rule that was supported and encompassed various sections of the society. Though initially the idea was to oust the colonial rule, however over time it underwent a process of constant ideological evolution which gave rise to the later idea of an independent capitalist economic development coupled with the vision of a secular, democratic, and republican and a political structure that guaranteed civil liberties or personal freedom. In the year 1937, provincial elections were held and the Indian National Congress came to power in seven of the eleven provinces. This indicated the strong support and willingness of the Indian people for complete Self-Rule. On 3rd June 1947, Viscount Louis Mountbatten, the last of the Governor General of India announced the partitioning of British ruled India into India and Pakistan. On the 15th of August 1947, India attained Independence with Dominion Status. However, with the partition, violent clashes between the Hindus Muslims and Sikhs followed. The First Prime Minister of Independent India Pandit Jawaharlal Nehru along with Sardar Vallabbhai Patel requested Lord Mountbatten to continue his office of the Governor General of India. At the time of Independence there were 565 princely states and Sardar Patel with his strong iron fist and soft approach policies brought them all within the Indian Union. Sardar Patel had to resort to use of military forces in Hyderabad and Junagadh.  Both Hyderabad and Junagadh tried to be a part of Pakistan post partition even though geographically they did not share common border with Pakistan.

It was after 894 days since the announcement of Independence that the Constitution came into force on the 26th of January, 1950; the day India became officially a Sovereign Democratic Republic.

The Constitution of our Country comprises of the Supreme laws. Laws those are necessary for good governance, ensures fundamental rights of the citizens, directive principles and the duties of law abiding citizens. This Great Constitution deserves all our respect and allegiance as the Indian Constitution is an ideal work as it serves the needs not just of the present generation but also that of generations to come. It is example of such a perfect Constitution that many other countries have replicated from it.

It has been a long road to freedom and this year we will be celebrating our 70th Republic Day on the 26th of January’2019. Let us take a look at all the historic decisions that took place in the year that has just passed by.

2018 was indeed a year that saw great many life changing decisions being taken for the people of this Sub Continent by the Supreme Court.

One great historical decision was the abolition of the dreaded Triple Talaq that plagued the lives of thousands of hapless Muslim women. Now no one can just utter instant Triple Talaq and get away with it.

The Age old tradition of not allowing Women in Sabarimala Temple now stands null and void according to the judgment of the Supreme Court. Sabarimala temple as per the Supreme Court Verdict is open to women of all ages. However, the entry of women is not yet as smooth without hiccups as it should be.

The new Fundamental right under Article 21 delivered by Justice D. Y. Chandrachud upheld that privacy is intrinsic to life, liberty, freedom and dignity and hence is an unalienable natural right.

For over 150 years Indian women were forced to accept the role of the husbands as that of masters rather than equal, thanks to the Archaic British Adultery laws that was still followed. This law gave the husband right to prosecute the wife’s paramour while the same was not applicable in the cases of husband guilty of adultery.  On the 27th of September’2018, this was finally scrapped by the Supreme Court stating that adultery could be a ground for divorce or part of civil law that can involve penalties but definitely not an offence that can be deemed as criminal.

Yet another archaic foreign (British) law that plagued the lives of the LGBT (Lesbians, Gays, Bisexual, Transgender) was finally decriminalized on the 6th of September’2018 by declaring the Section 377 of the Indian Penal Code which criminalized homosexuality as unconstitutional.

And lastly to upload the faith and trust of the people the highest court of the country the Supreme Court approved live streaming of court proceedings.

All of these changes were possible but for the wonderful Constitution that we have that allows us to make necessary changes as and when the necessity arises to maintain the decorum, peace harmony and equality amongst every citizen living in this amazing country. A country that truly portrays the essence of the Constitution that in its Preamble declares to always constitute this glorious country into a SOVEREIGN SOCIALIST SECULAR DEMOCRATIC REPUBLIC, and to secure to all its citizens

EQUALITY of status and of opportunity; and to promote among them all

FRATERNITY assuring the dignity of the individual and the unity and integrity of the Nation;

On this 70th Republic Day let us stand with our heads held high and try to feel within ourselves the essence of these lines of Tagore;

Where the mind is without Fear,

And the Head is held high,

Into that Heaven of Freedom My Father,