Depression: A Cause for Concern and Not Shame 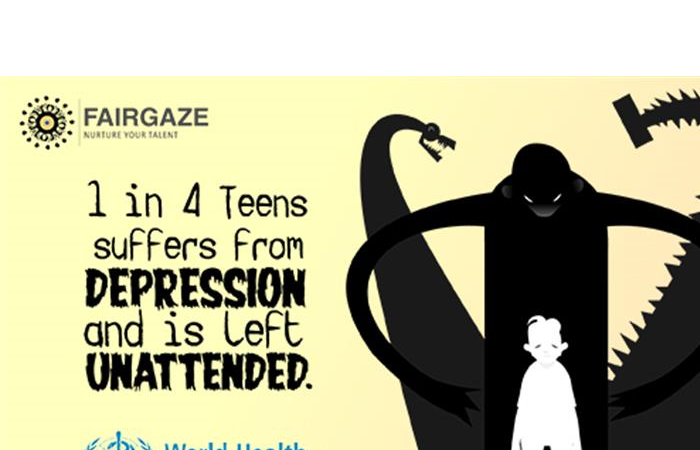 Depression is a very common illness throughout the Globe. It is estimated that more than 300 million people are affected worldwide. We need to understand what depression is. Depression isn't the usual mood swings or mood fluctuations or short lived emotional responses to different challenges of our daily life. Depression is more long lasting with difference in intensity from moderate to severe. However, if the illness lingers depending on the severity it could become a serious health condition. It has a very profound effect on the person and it hampers the day to day functions, whether at work or within the family circle. It becomes very difficult for a person with depression to concentrate on the job. Untreated a person can suffer greatly and there have been cases where depression has driven people to commit suicide. As per the statistics close to 800, 000 people commit suicide every year and the age ranges from 15 to 29 year olds.

There are effective treatments for depression; however, it has been found that fewer than 10% across the globe actually opt for treatment. Or their family members fail to recognize the signs of depression. Added to it is the lack of resources, health caregivers, and most disturbing is the social stigma attached with depression. Depression is also not correctly diagnosed. A depressed person does not usually have outbursts and as such mostly people around think he/she might be just upset with certain things that is taking place in their personal life. Unfortunately the burden of depression and other mental health conditions are on the rise globally. A World Health Assembly resolution passed in May 2013 has called for a comprehensive, coordinated response to mental disorders at country level.

When we speak about "Depression", it is either a clinical depression which requires medical assistance or treatment or the regular "depression" that every person goes through. This is also one of the reasons why "depression" often goes either undetected or people fail to understand the depth of the suffering the person is going through. Mostly people end up referring to both the symptom of a condition and the condition itself.

Medically Depression is defined as a mood disorder which leads to persistent feeling of sadness, melancholy, loss of interest in almost all aspects of life that once used to bring lot of joy and happiness. It hinders the life of a person to such an extent that there have been cases where people have been unable to pull themselves out of the bed let alone perform any normal activities.

What causes depression? There seem to be different causes for depression. Some of them haven't been yet completely understood. Broadly there are seven common types of depression.

3. Bipolar Disorder: This is a kind of manic depression where a person goes through a range of physical and emotional symptoms like abnormal display of either euphoria or anger or sadness. Some people are so badly afflicted due to which they need to be hospitalized. Most of these outbursts generally end with long periods of acute depression. The risk of suicide is 15 times greater in case of a Bipolar than general population. In extreme cases of bipolar, people also hallucinate and have attacks of delusion.

4. Post Partum Depression: Pregnancy brings about lot of hormonal changes in the body. This often affects the woman's moods. Depression can also set in during pregnancy or post birth of the baby. Post partum depression is not any ordinary "baby blues", if untreated can lead the person to confusion, hallucination or delusions.

5. Premenstrual Dysphonic Disorder (PMDD): Irritability, fatigue, bloating, lack of appetite or increased appetite, anxiety, aches and pains, tenderness of the breast etc. These are the most common however. Some also experience extreme fatigue, felling of low esteem, sad or anxious. Irritability, unable to concentrate and mood fluctuations. For such cases Hormonal treatments in addition to using anti depressants and change in lifestyle are recommended.

6. Seasonal Affective Disorder: People often feel depressed and fatigued during the winter season and yet feel all nice and gay during the spring. If that is what you feel with the onset of winters every year than you will be the fit person who suffers from Seasonal affective disorder. Seasonal Affective Disorder is supposed to be caused due to a disturbance in the normal circadian rhythm of the body. Light entering through the eyes influences this rhythm, and any seasonal variation in night/day pattern can cause a disruption leading to depression.

In India depression is on the rise and more common in women than in men. Depression as a disorder has been the focus of researchers. One in three or five persons suffers from depression in India. The world Health organization report shows that India heads the chart when it comes to maximum number of depressed people followed by China and USA. Apart from this the WHO report also points out that 6.5 percent of the Indian population suffers from some or the other mental disorder. There are lack of doctors and health workers who can address this issue.

The major area of concern is that depression that has become very common amongst youngsters. With the advent of all the smart phones and other gadgets people seem to have become less emotional and insensitive. Children today are bereft of normal real emotions and spend a considerable time in the virtual world. This detachment from the real world has done more harm than good. Added to this are academic pressures. This generation of both parents and children are driven by the thought to achieve the highest numbers or get seats at the best of schools or colleges. These in turn have driven many students into depression and many are following suit. We often hear students aspiring for higher education committing suicide. According to the 2012 Lancet report India has the highest suicide rates amongst youths in the world. Unfortunately, most of the students who are depressed are not attended to. Mostly because people have either no knowledge about depression or feel they cannot let people come to know about it fearing social stigma.

It is a very sad state of affair.  It is high time the whole education system is changed. It is also time for parents to look at where their child is heading trying to fulfill the parents’ wish of scoring high marks. The President of India too addressed this issue and expressed his anguish that if we go not get our acts together India is looking at a Mental Health Epidemic in near future.