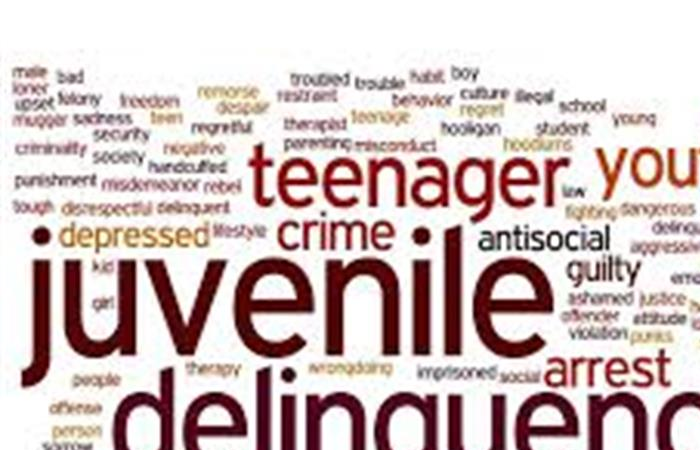 Being members of the society, we might ask to ourselves as well as to the people around us, “Why crime?” One of the major reasons for the increasing crime in India is poverty. Many times, youth in order to reach the standards of success choose the path of crime as a solution. Lack of resources like job opportunities, financial support, mental health services, education, and medical services creates pressure on youth living in poverty. For becoming successful in the society which always favors money, they lead down the path of crime. They wish for a stable lifestyle but when they are unable to achieve the same, they tend to commit offenses like burglary, drug violations, and robbery.

In order to prevent these kinds of adverse situations, society needs to understand its responsibility to care much more for the juvenile. Beginning from the home, this concern, attention, and care involve the interest of parents. Schooling is just like a supplement but the main transformation of any juvenile occurs at home. Good social or sports club can desirable but is not an alternative. From an early age, a child must be taught about religion and morals. A proper attention must be given on the bad company, drink, cigarettes, drugs, and other bad habits of the child. While growing up, the child must be encouraged to understand and realize the real goal and ambition of his life. A young person must always get complete support in attaining its goals of life from the family as well as the society.

Juvenile delinquency is faced by all modern societies nowadays. This challenging term can be understood by the anti-social behavior of a youth which is marked by a violation of any law. This is considered as the gateway to adult crimes. This subject has been majorly neglected in India but recently it has gained a large amount of public attention as society is becoming concern about the adverse impacts of the same. Children from the age of 16 to 18 are becoming famous for making wrong and bad choices, whether they are legal or illegal. Growing up and learning how to fit into society is a part of their life which needs to be focused seriously. If the juvenile has made the mistake of making an illegal choice, it is necessary for the parents or guardian to seek out juvenile court lawyers for representing their child.

For maintaining a fine balance in dealing with juvenile delinquents, the policies and their implementation must ensure that the juveniles who do wrong and commit any crime are punished and controlled. In addition, they must also be provided with sufficient opportunities and resources for reform. In India, a large number of cases are coming into limelight showcasing juveniles implicating illegal activities, minor to major offenses, and serious crimes. The issue which brought light to juvenile delinquency for the first time was the Nirbhaya Rape Case. In this case, the accused was just six months short of the age eighteen which raises a question of whether he should be treated as a minor which has committed a monstrous crime or as an adult. Keeping this in mind, the existing Juvenile Justice Act, 2000 was amended by the Parliament. The increasing of Juvenile crime from 1% in 2003 to 1.2% in 2013 also contributed to taking strict decisions. The percentage of juveniles from the age 16 to 18 committing crimes have also increased from 54% to 66% during the same period.

A major change is being introduced in the Juvenile Justice Act, 2015 according to which children aged between 16 to 18 will be treated as adults for committing heinous crimes. This change in the act also focuses on providing care, compassion, and protection, especially to abandoned and orphaned children. Two main bodies are also formed to deal with children - Juvenile Justice Boards and Child Welfare Committee. These bodies will assess the mental development level of the children. According to the level of maturity, it will be decided that whether the child should be treated as an adult or not.

The Juvenile Justice Act, 2015 has been criticized a lot by child rights activists as according to them the change introduced is retributive, not reformative. The change seems good on paper but faces many implementation problems. The changes and new bodies need to be set up in every district but this target seems to be unattainable. The policies and changes must be implemented as per the prevailing status of mindset, infrastructure, and societal obstacles. To increase the practicality of this act, the gap between the policy and its implementation needs to be bridged by improving the infrastructure of the country, tackling Juvenile cases in a more serious manner, dedication and commitment of more professionals, child psychologists, ensuring to fill the gap between the retributive and reformative approach of the punitive side, and opening up the possibility of continuous research and possible amendments.

If the society wants to save the future of tomorrow then they need to be more concern ensuring the well-being and safety of children. The limelight of Juvenile delinquency made everyone able to tackle the passions on both the sides of the spectrum. Whether the case is minor or major, it needs to be handled seriously and subjectively not objectively. Society needs to give proper attention to the surrounding factors, circumstances, and other negative influences. The children need to be cared for and handle with complete attention. They need to be brought up in an authentic and proper atmosphere where they can receive an adequate education, training, and right guidance so that they can attain a rightful place in society on growing up.