One of the Best Career Opportunities: Doctor 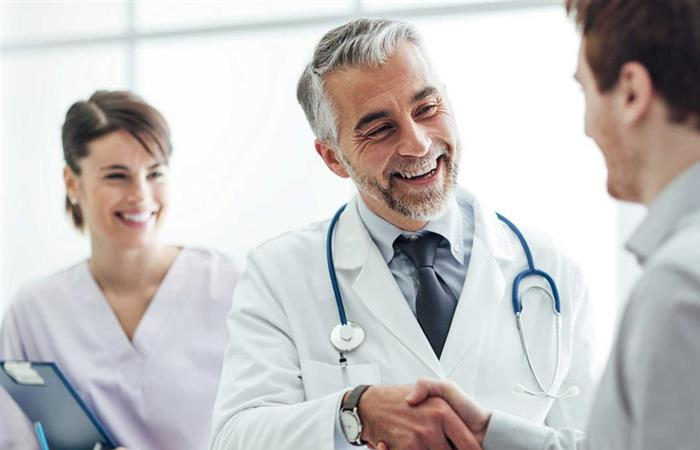 A doctor is a person who through his/her medical knowledge maintains or restores human health. He /she diagnoses the medical conditions of people and treats human  diseases, ailments, pains, aches, injuries and other conditions that afflicts the human body. The doctors belong to the most noble and respected of profession. To become a doctor one has to study for an extensive length of time. They also need to work for long hours, irrespective of the time whether day or night with the single intention of saving human life and easing people from the pains of their diseases. It takes lot of hard work to pass through the difficult examinations and years of training before one can become a doctor. It needs a certain kind of determination along with a sense of compassion for fellow human beings to become a good doctor.

From the very moment we are born, we are host to microbes that are present all over our body surfaces, including skin, gut and our mucous membranes. The human body contains at the least 10 times more bacterial cells than human cells. From the ancient documents that survived from the ancient civilizations like that of Babylonia, Egypt, India, China, it is evident that human's were preoccupied since ancient times trying to increase life longevity, prevent diseases and death. It was during the 16th and 17th century, great advances in science and philosophy led to momentous changes in medical sciences.

The profession of being a doctor dates back to the prehistoric times. The first “healers" or doctors of ancient times were chronicled in cave paintings what is now modern France. The paintings that were found were radiocarbon-dated as far back as the 27,000 years ago. These paintings depicted the use of plants for medicinal purpose. These first recorded instances were passed down through tribes which eventually developed into the initial medical knowledge base.

Greece was the birthplace of medical ethics, and these medical ethics were highly influenced by the Egyptian and Babylonian medicinal practices. The most famed Greek "Physician" wrote the Hippocratic Corpus, a collection of around seventy early medical works from ancient Greece. These works were done by Hippocrates and his medical students. The "Hippocratic Oath" for Physicians is still relevant today and is in use.

It was during the 9th century that doctors started practicing in places what is today known as hospitals. During those days mostly people were treated in their homes; however the initial hospitals came in to being during those times. The 12th Century saw the emergence of universities and the first of the medical schools. It was the 19th century, which saw the genuine beginnings of modern scientific medicines. The way medicine was practiced changed with rapid advances in science as well as the new methods of treatments adopted by the physicians. There was a more systematic analysis of disease symptoms and the way of diagnosis. With the advent of the modern techniques like anesthesia, development of antiseptic advances in chemistry, equipments and laboratory techniques. Different disciplines of medicine also improved in healing the patients, as the doctors began to draw on multiple facets of medicine to ease patients of their ailments.

Doctors have always been given a special status in every society. People trust them with their lives. This profession requires a lot of altruistic qualities; one has to have strong determination and compassion for helping humanity. It is profession that comes with lots of responsibilities as well as expectations from the public. A doctor needs to lead by example for the general people to follow. Added to all these one needs to be kind and compassionate. One also needs to constantly keep oneself abreast of the latest technological advancement. A doctor has to constantly study and keep themselves updated about the latest development in medicine and procedure to be able to give the best treatment to the patients.

Career in Medicine is most rewarding in many ways. First it is one of the most respected professions. People consider doctors as saviors. It is also very lucrative. Especially in a country like India, where the doctor –population ratio is not up to the mark. India also has a need for specialist doctors and not just General Physicians. The scope of work is vast. There are number of options that one can choose from.

The basic precursor to preparing for a successful exam is having proper and sound knowledge about the exam. One should be well informed about the dates of the exam. Fill up the necessary registrations well on time to avoid ant last minute glitch. Get good knowledge about the pattern of the exam to help prepare well. Well organized study time, and a focused plan will ensure success in cracking the exam. One can also take advice from the Career counselors to get a sound idea about the courses. There are several Career Counselors that one can go to including Online Career Counseling as well.