Will I Lose My Job to the Robot? 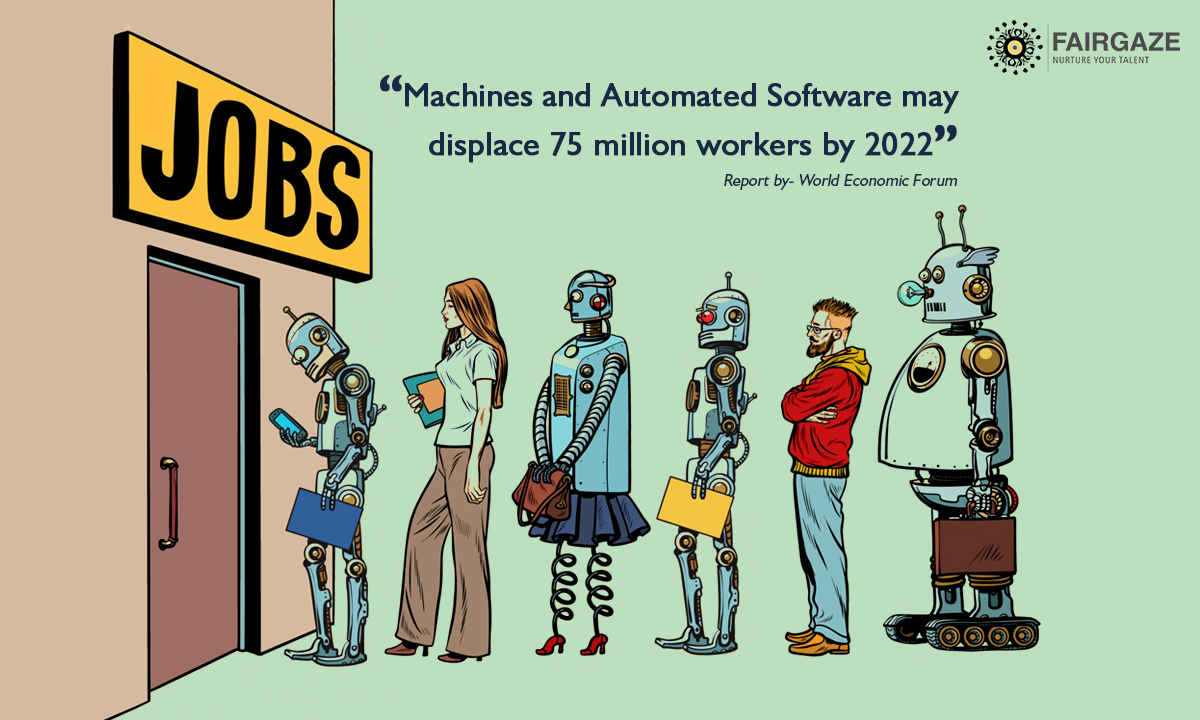 The rapid development of Artificial Intelligence (AI) is opening new doors while closing others, all at the same time. As Artificial Intelligence becomes more advanced, increasing number of tasks that now are carried out by human workers will be replaced by the faster working machines. It is weird situation where we are opting for and against machines. On one hand we are working towards developing artificial intelligence and clearly trust it’s potential, however these machines can replace the people who are now working those particular jobs. This is a paradoxical relation between machines and humans existed since the Industrial Revolution.

Innovation is a double-edged sword, as always with innovations, the results are always kind of a mixed bag. Artificial Intelligence has yielded great result in some cases while in certain cases they have failed to meet the expectations. However, standing on the brink of the technological revolution, we are looking at a future that will fundamentally change the way we lead our lives, in the way we work and our relations with each other. We still do not have a clear picture of how exactly it is going to be. However, the scale, scope and the complexity of the new technological advancement is sure to be something the human kind has not experienced before.

Like all the other revolutions that preceded it, the Fourth Industrial Revolution has all the potential to raise the income levels globally and also improve the quality of life of people all around the globe. Today the consumers who are able to access the digital world have been experiencing the efficiency of the technology and the ease that it has brought about. whether it is ordering food sitting comfortably at home ,booking a cab or a flight or buying a product, sending a present or even playing a game sitting at a remote location. This will only get even better with time. It will cut the cost of communication, logistics and the supply chain will only become more efficient globally. In turn it will open up new markets and drive a new kind of economic growth.

However, at the same time this revolution could also be reason for greater inequality. Particularly it has the potential to disrupt the global labor market. As more and more automation take over the jobs of labor across the entire globe, the net displacement of workers by machines in all likelihood will exacerbate the gap between return to the capital and the returns to labor. Apart from the economic concern, inequality looms large with the changes that will take place with technology. The most benefited will be the ones who are or will be able to provide the intellectual and physical capital, like the innovators, shareholders and the investors backing them. The gap between the ones who are labor dependent will be great. The demand for highly skilled workers will rise while demand for workers with less education will keep decreasing, especially in case of developed countries. This is also one of the reasons why workers are already fearful and disillusioned that their incomes as well as those of their children will continue to suffer.

Most of the industries have assembly line and industrial robots controlled by computers that can assemble very heavy to the tiniest of products at a low cost. This have already displaced the workers who were doing these jobs before. More and more companies deem it beneficial to invest in these types of robots and computers to further their production and deliveries. Self-driving cars are becoming a reality. The assisted driving in Tesla Cars, the automated Uber test cars, is being now used by companies. As these kind of self-driving cars are being used more the jobs that of the bus drivers, taxi drivers, truck drivers and all other transportation jobs are looking at a bleak jobless future.

Not just these, but jobs of phone operators, telemarketers and receptionists are in the line as new technology is replacing these jobs through computer systems. Even banks and retail stores are opting for self- checkout systems which so far were handled by humans.

A two year study done by Mckinsey Global Institute suggests that by the year 3020, Artificial Intelligence and robots could eliminate as much as 30 percent of the total global human labor.

One major cause of concern is of our privacy and security. This has been voiced by none other than people like Stephen Hawking, Elon Musk have expressed their fear regarding Artificial Intelligence. The greatest fear is of misuse of the technology. We can already see the destruction that is going on in Syria and other places. Unless we are careful and know how to prepare for it, and avoid the potential risks, Artificial Intelligence might turn out to be the greatest mishap in the history of our civilization. The World governments need to strictly and adequately plan for and regulate these new technological capabilities to ensure safety of the human race. What is the need of the hour is to shape a future that works for all by putting people first, empowering them, and the point that needs to be drilled in our minds is that it is the human mind that created these tools which are here to serve us. Globally we need to cooperate with each other to make proper use of the technology.

Our education system and other trainings need to adapt so that the people can be better prepared with flexile as well as critical thinking skills to face the coming days with skill, flexibility and critical thinking. However, on a positive note, with every revolution the happened in the past, people feared the worst but though on one hand people did lose their jobs but technology also ended up creating new jobs. This time over it looks like things will be the same. Even though already many jobs are on the line but to maintain these automation new jobs will have to be created because after all these automations are the brain child of the humans.