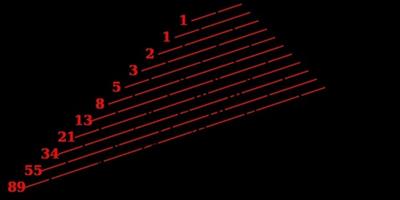 We always speak about Fibonacci numbers yet in ancient India great scholars like Pingala had already written “Chandahsastra” the first known description of a binary numeral system with fixed patterns of short and long syllables. We always don’t get to know all of the history of things before it gets named.  Acharya Hemachandra in India had already counted number of ways in which a line of poetry could be composed of short and long syllables of length 1 and 2, much earlier than Fibonacci.

This relation between Math and music how certain ideas and principles, which were fundamental to ancient music and particularly the Sanskrit poetry, could be well understood and rationalized only on the basis of mathematics.

Music and math have a very close relationship that goes back thousands of years, from the very origins of civilization and music. It is rather unfortunate that we don't teach these connections in school curriculum these days. If taught it would have made kids see mathematics in a new light.

Creating music means creating patterns of sound. Mathematics can be described as the study of patterns. In other words all of music, the melody, harmony, rhythm, timbre can be studied and understood from several different mathematical perspectives, including geometry, number theory, trigonometry, differential calculus, combinatorics and signal processing.

If we study Indian classical music we find that the “Taal” or metre is intrinsically linked to numbers. It also has been researched and found that learning music, instrumental or vocal improves a child’s understanding and grasping of mathematical concepts.