Empowering Youth as Agents of Peacebuilding 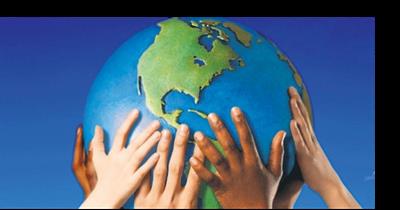 Pablo Picasso once said, “There is only one way of looking at things until someone shows us how to look at them with different eyes.”

The global number of youths is the highest ever. As the world is home to 1.8 billion young people between the ages of 10 and 24 years, 9 in 10 of the world's young population lives in less developed countries. According to a report published by global charity Save the Children, more than 357 million children live in war and conflict zones. The rapid increase in poor political decisions and innumerable crisis’ leads the impressionable young adults to rapidly become unhappy with their governments and policymaking.

Over 25% of the population that lives today is the future of tomorrow. Their policies, cultures, ethics and values lay the foundations for a better world. Young children are every day exposed to the horrors of war, crisis and bloodshed. Such ghastly instances embed themselves in their minds. However, unlike the previous generations, today's youth shall not be suppressed. Their voices need to be heard for an improved tomorrow.

On the generation scale, on one hand, youngsters are considered childish, vulnerable and in need of protection and on the other politicians drive their political propagandas at the cost of their emotions by telling the world that they are violent, radical, dangerous and impatient.

Today's youth is constantly involved in politics and peacemaking. We are driven to ameliorate the conditions of war zones and underdeveloped countries. This is especially the case with the recent social chaos and humanitarian crisis. Greta Thunberg, Malala Yousafzai, Bana Alabed and Timoci Naulusala are some of the youngsters who have managed to become obdurate in the face of injustice, evil and hatred.

Since times immemorial the younger generation has always had an affinity towards change. For example- - civic awareness for peaceful social relations and development programmes in Nepal, trust-building across different ethnoreligious groups in Sri Lanka, community entrepreneurship and livelihoods programmes in Burundi, children holding up posters against the government in Hong Kong, marches being held in support of the Uighur Muslims in China, rallies against the ethnic cleansing by the military in Myanmar are just a few to name.

What makes youngsters so open to change is their ability to expand their horizons and to look beyond the rules that they’ve been expected to adhere to. At the same time, youth face disproportionate social, cultural and economic and political barriers which prevent them from unleashing their full potential. However once given the absolute freedom they require to soar to their greatest glories, changing the world dynamics to become more peaceful, sustainable and equitable won't be very far.

What India and the world need today are better opinions, policies and tactics. Even a UNDP report stipulated that young people are the key to preventing violent extremism. The youth of the present age acknowledges the paramount need for solving conflicts over dialogue instead plunging into the path of war.

Schools and educators must learn to treat young minds with equal acclaim and respect their opinions on political, social and cultural matters. It is also essential for Parents and Guardians to let their children explore their surroundings, their interests and formulate their own views and opinions so that they can find a voice and place in the emerging structures of post-conflict environments.

It is also crucial to inculcate the youth in politics and policymaking so that their ideas and opinions can take the centre stage and prevent exacerbation of the world of tomorrow.

Bhagat Singh rightly said, “Bombs and pistols do not make a revolution. The sword of revolution is sharpened on the whetting stone of ideas”

It is only in togetherness that we shall blossom.