The Tallest Building in the World 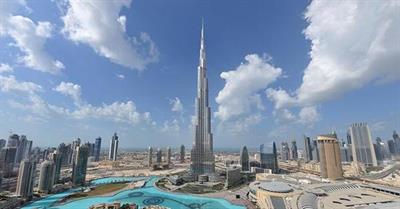 Its height is 828 metres with its 830 metres tip. The location of the building is Dubai, Unit Arab Emirates. Adrian Smith, its stunning architecture gave the idea to make the tallest building in the world. He was born on 19th August 1944 in Chicago, Illinoss, United States and is an American architect. Adrian Smith also made Rowes Millenium Park, Franklin Centre, Broadgate Tower, etc. The Building Burj Khalifa has 163 floors and 900 residences. It is nearly thrice the size of Eiffel Tower as the height of Eiffel Tower is 300 metres.

It's said about the Burj Khalifa that if it would fall, then it would be the worst skyscraper disaster in history. As it is about a kilometre in height, it will destroy some more skyscraper in 400-metre radius and many people working and residing there will die.

Some fascinating facts of Burj Khalifa are:

The Burj Khalifa also houses the world highest restaurant. The people can enjoy a menu full of luxury items as they stair out the city skyline from a height of 441 metres which is approximately 1447 feet. The rooms on the 160th storey of the building are the highest floors in the world. The exterior of the Burj Khalifa, is covered by 26,000 glass panels, all cut separately by hand and designed to withstand the high heat of Dubai.