The History Of Sports. 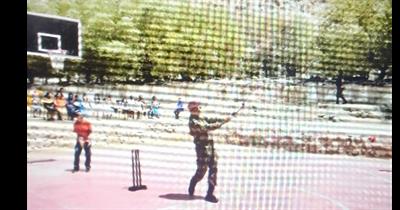 A Brief History of Sports

The documented history of sports goes back at least 3,000 years. New sports games have changed our lives.

* Cricket: The game of cricket originated in South-East England sometime in the late 16th century. By the 18th  century, it had become the national sport, making inroads globally in the 19th and 20th  centuries. (The longest recorded game of cricket took place in 1939 and spanned a period of nine days.)

New York Knickerbocker Base Ball Club devised the first rule and regularisation that became the accepted standard for the modern game of baseball.

* Softball: In 1887, George Hancock, a reporter for the Chicago Board of Trade, invented softball as first played on a cold winter day inside the warm Farragut Boat Club.

The first formal rules for basketball were devised in 1892. Initially, players dribble a soccer ball up and down a court of unspecified dimensions. Points were earned by landing the ball in a peach basket. Iron hoops and hammock-style baskets were introduced in 1893. Another decade passed, however, before the innovation of open-ended net put an end to the practice of manually retrieving the ball from the basket each time a goal was scored. The first shoes specifically designed for the game, Converse All-Stars, were introduced in  1917 and were soon made famous by legendary player Chuck Taylor who becomes an early ambassador in the 1920s.

The game of Golf is descended from a game that originated in the Kingdom of Fife on the eastern coast of Scotland during the 15th century.