Cricket Has More Fans Than Hockey 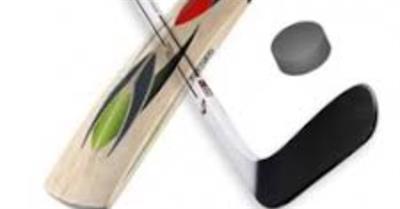 If you were asked, whether you can live without your heart which is pumping your blood, your answer will be a straight no. Right? That is what Cricket is to the crazy fans of sports. In a country as incredible as India where there are diverse cultures, traditions, and religions, festivals celebrated round the year, it’s always exciting to see what next we can expect from this vibrant country.

Along with the celebrations, togetherness, and love, the countrymen also love to talk, chat, fight, and debate about the Indian Cricket and the Indian Cricket Team. Believe it or not, the biggest festival of India is the IPL and The World Cup. Amidst all this joy and pleasure, the thought hardly crosses our mind that our favorite sport is not even the national sport of our country. We all know that Hockey, the national sport of India is not worshipped as much as Cricket is. In fact, Hockey players are not even respected or provided as much as funds, money, and promotions as the cricketers.

The way media focuses on cricket is evident why there are not many Hockey fans. The sports channels in India are not even interested in telecasting Hockey matches. The main reason is because of the advertisement. There are not enough sponsors for Hockey. Advertisements are telecasted only during the end of the quarter meanwhile in cricket they can do the same for every six legal deliveries. Moreover, Hockey is a 60 minutes match whereas Cricket is a one full 50 overs match lasting for about 5-6 hours which increases the viewership of the game.

You know about Sachin Tendulkar's achievements in serial order but do u know about achievements of Udham Singh? It’s hard for people to recall the rules of Hockey but has mugged up the rules of Cricket. Cricket is not just a sport, it’s a feeling. It’s an emotion. From a 5-year-old kid to a 60-year-old uncle, Cricket is the only sport that has fans from all age groups. From streets to stadiums, this is the only sport that runs in the veins of the people. Hockey is the national sport of India, but Cricket is the national love of India.