Tips and Technique of Tennis Volley 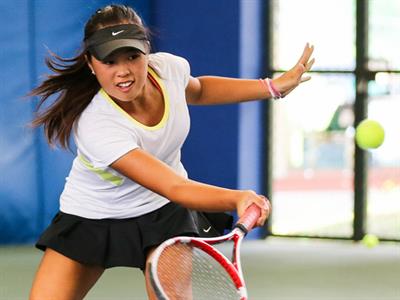 A tennis volley is considered a hit before the ball bounces on the ground. Normally, tennis volley shots are hit when the players are at the net or near the net. Although it is also quite possible to hit this shot near the baseline. However, volleying away from the net is seldom which is used or is only used in various circumstances.

The primary aim of a tennis volley is to surprise your opponent since this shot limits your reaction time of opponent. Thus it is considered as an offensive shot. A tennis volley shot also decreases the bad bounce effect, especially on grass and clay courts. In addition, playing a volley provides you an extensive array of angled shot choices which can be very difficult for your opponent to return. If your opponent does return the ball, normally it is a weak one. To be a successful volleyer you require to have quick reflexes and you require to have perfect hand-eye coordination. Below are some tennis volley suggestions for players seeking to improve the forehand and backhand volley.

Tennis Volleys are normally played on the net, therefore it's shot preparation is basically shorter compared to other shots like groundstrokes. This tip makes an appropriate tennis volley preparation crucial. Late preparation can lead to a rushed shot which results in poor executions. One of the most significant tennis volley tips is to be well-prepared by anticipating the shots of your opponent. Another tennis volley preparation tip is to limit the shot choices of opponent or options so that you can react to the ball quickly.