India of My Dreams 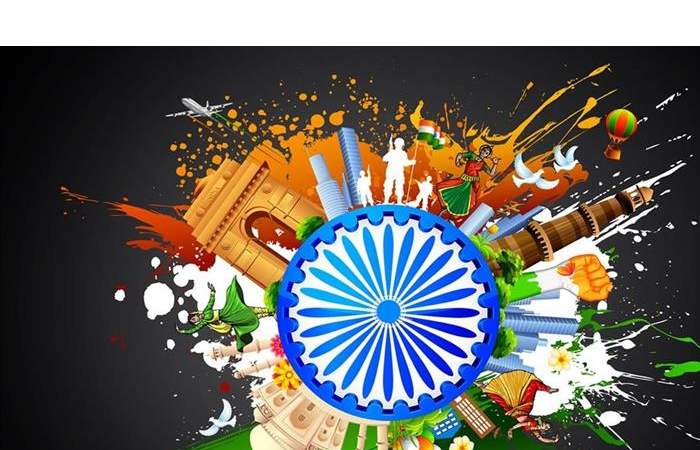 India is an incredible country. It is the seventh largest country in the world by area and the largest country in South Asia. It is also the most populous democracy in the world. India is the home of people from different cultures and religions. People despite being from broadly diverse cultures live in harmony with each other, here. The diversity in India is unique. Being a large country with large population, India presents endless varieties of physical features and cultural patterns. It is the land of many languages.  It is only in India that people profess all the major religions of the world. Indeed India is a beautiful country but there is a lot that needs to improve about India, to call it “India of our dreams”. Although India has made progress in various fields, yet there are many aspects in which India needs to grow and develop itself. In order to make India a better place for one and all, the key areas that require attention are as follows:

(i) Education - Literacy in India is a key for socio-economic progress, and the Indian literacy rate has grown to 74% presently. It is immensely important for the people in India to be literate for India to grow and develop in various fields. The government is also making numerous initiatives in this regard, yet there is a lot of scope of betterment in this field. The public at large need to understand the importance of education, only then will people happily invest into it. Education not only will increase the employment rates in India but will also reduce the level of increasing crime. Education transforms the mentality of an individual. In order to survive in this competitive world, the first and the foremost thing for India is to improve its literacy rate.

(ii) Caste and Religious Issues – India is a land of diversity. We all know that with diversity comes differences. Time and again Indians have been seen fighting over issues concerning caste and religion. Even the Britishers took advantage of this weakness of the Indians and practised the “Divide and Rule Policy”. Indeed India needs to understand that it needs to rise above all this. India needs to stop damaging and destroying its own population and property for these petty issues that hold no importance. It is high time for India to focus on socio and economic growth of the country. It is important to chalk out ways to combat competition posed by other countries in order to shine in the world.

(iii) Industrial and Technological Growth – Although India is doing really well in the field of industrialisation and technological growth yet it has to do much more in order to compete with the competitive world at large.

(iv) Corruption – The corruption in India is on the rise day by day. Each individual thinks of his own benefit and selfish motives. No one is bothered to think of and serve the society in any way. The politicians, the police men, the lawyers, the doctors are amongst the most corrupt classes of people in India. Even the common man is corrupt. When we offer bribe to the policemen over a signal or when we pay extra to avoid standing in long queues, all are examples of corruption at various levels. India needs to change its approach. It needs to focus more upon collective good than individual good.

(v) Gender Discrimination – We have reached the 21 st Century but practically India is at the same place where it was years before. Till today, people wish that a boy is born in their family instead of a girl. People happily send their sons to schools and colleges but hesitate in spending money in their daughter’s education. All that people want to save for is their daughter’s marriage and not her education. This is indeed very conservative approach. Men on one hand are allowed to practise any profession they feel like, but on the contrary women are expected to be behind doors. Women are hardly allowed to go out and earn. Many families till today consider the working of their daughters as an act against their dignity. Right from the moment when a girl is born in the family, instances of gender discrimination start cropping up. India needs to change its mind set and understand that men and women are equal. They must be treated equally at home and at their workplace. The government has also come up with laws in that regard but in the first place it is the mind set of people that needs to change.

(vi) Poverty – Poverty is a big problem in India. The rich are becoming richer and the poor are becoming poorer. There is a lot of economic disparity in the country. Despite new schemes and yojanas being framed by the government every now and then, the ground reality still remains the same. The poor people hardly have food to eat and the rich on the other hand waste more food than they consume. We all dream of an India where there is equal distribution of wealth among the citizens.

(vii) Crime Rate - The crime rate in India is growing day by day. We hear about numerous cases of rape, robbery, dowry and murder each day and many others go unnoticed/unreported. Lack of education, unemployment and poverty are the major reasons for increase in the crime rate. India of my dreams would be a country where the Government is more sensitive towards the safety and security of the people. It would be a place free from all kinds of crime and exploitation.

We often blame the government for all the ill practises that exist in India. But it is not just the police or the government that is responsible for all this. We all equally need to change if we want to live with peace, harmony and happiness in a better and safe India. The effort has to come from each one of us. It's high time that the blame game has to stop and the we all work together to bring up a better India.