George Abraham: The man with a ‘vision’ 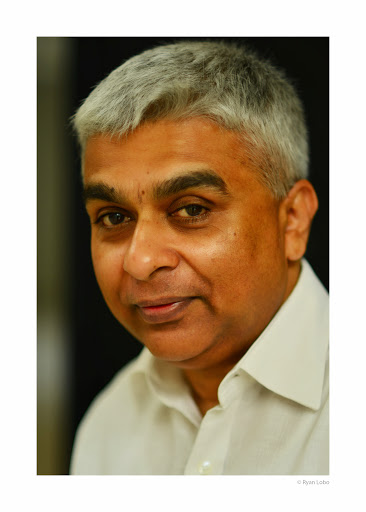 Ever heard your dad asking your elder sibling or a distant cousin ‘toh age kya socha hai (what plans for the future)’? As experience would vouch for, a significant ingredient for success in life is one’s vision, the ability to foresee future and plan accordingly. Optimizing strengths and improving upon weaknesses!

And this vision is more critical than one’s physical ability to see. This is where George Abraham (in photo), the man behind the first cricket world cup for the blind, excels hands down. He believes it is the mind and one’s thoughts that drive life.

Some of his achievements include launching cricket for the blind in India, setting up of World Blind Cricket Council, organising two World Cups of cricket for the blind in 1998 and 2002, co-authoring a book on inclusive education ‘Within Walls, Without Boundaries’ and conceiving and producing the TV series ‘Nazar Ya Nazariya’. He also ran the Delhi half marathon twice.

Challenges made their way through George’s life early. Actually, very early, when he was just 10 months old! His vision was permanently damaged as an infant due to meningitis.

One way would have been to resign to fate and live an ordinary life, but George chose the ‘road less travelled’.

With a family that was supportive and encouraging, he kept on pushing the proverbial envelope and accomplished what many can only dream of. He has done his masters in operations research and BA (Hons) in Maths from St Stephen’s College, Delhi University. He worked in the advertising industry from 1982 till 1989.  He now runs and manages Score Foundation which started in 2002. He is also an inspirational speaker addressing the corporate world, students and other groups.

George feels his five-decade long journey has been a great lesson in humility and sensitivity towards others.

“I have been consciously working on it. It has been a struggle but I believe humility is a virtue that is extremely difficult to possess. It keeps slipping out of your grasp. I believe that there is always a way forward. One needs to constantly explore for solutions,” he says.

In 1989, George visited a school for the blind and was shocked by the quality of services for the blind. George was so disturbed by the lack of accountability and negative attitude towards people who were blind that it led him to think deeply about their plight. This was the starting point of setting up of Score Foundation which allows visually challenged people to lead normal lives.

“I considered myself fortunate to have had parents who invested in me and gave me the best of opportunities. So, I decided to work with people like myself.  What was needed was a platform and hence Score foundation,” he adds.

“While they were saying among themselves it cannot be done, it was done,” said Helen Keller. Such is the story of George. He is a man who believes in getting things done.

One childhood quality that brought him so far in life, he says, is his “ability to communicate and engage with people and curiosity to explore the unchartered space and faith in God.” And has a similar message for today’s kids and youth.