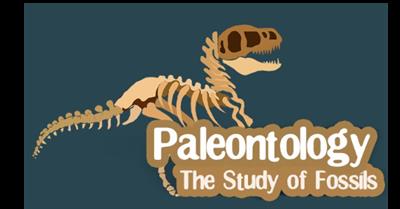 Martin Luther King Jr. formerly said 'We are not makers of history. We are made by history'. And history itself is an extensive subject to appreciate. The more you know, the more you gain.

There are lots of different branches that strive to explore more about our past and one such branch is 'Palaeontology'. The history of paleontology dates back to the 1800s also known as the "Age of Enlightenment". Georges Cuvier, the "father of paleontology" and William Smith, the "father of English geology", described and mapped several European rock formations, and showed that rock strata in different areas could be recognized and correlated based on fossil content. Other scientists began to classify and describe fossils in a detailed and consistent manner. This subject is not only in the interest of historians but also is a keen subject for geologists and biologists.

Paleontology is the study of the life of fossils that include fossils of organisms of microscopic size, preserved in rocks. Fossils are the remains of plants, animals, fungi, bacteria, and single-celled living things that have been replaced by rock material and preserved in rock. Paleontologists study these fossils to study the lives of extinct species as well. Even an individual piece of rock has its own bizarre and vibrant history that can even date back to 1500 BC. Fossils of living organisms also show how they lived. Relics are also a shred of evidence for evolution. It's not just the common fossils that the paleontologists look for, they look for each and every single and small thing that can be a proof for evolution. Wonder, what our world would be without the discovery of dinosaurs? No scary nightmares, no Jurrasic park series, and no proof for evolution! It's paleontology which has added more color to our history. Some of these fossils are used as fuels and serve a very important role in our lives. Thus these natural resources should be given attention and the study of paleontology helps us in doing so. There have been many great discoveries in the history of paleontology and one such great discovery is of ' The Contested Thigh Bone'.

In 2001, Chad, Michel Brunet, discovered a 'femur'. Later in the year 2018, Roberto Macchiarelli, a professor of human paleontology, argued that is the earliest known example of a human ancestor, dating back around 7 million years which is a major discovery. Loads of excavation have been done by many paleontologists across the globe. The paleontologists play a very important role in the lives of humans because we are living a world where everything is moving with great speed and the natural resources are exhausted on a large scale. And if these natural resources majorly coal and petroleum, serve a very essential and important role in our life. Their absence in our life will eventually cause a great problem because they are the primary fuels that we use in our day to day life. And in this time of crisis, with the help of paleontology, we discover some other fuel, a natural resource in the bounty!