Knowledge Based Economy: Harnessing The Knowledge To Make It Work 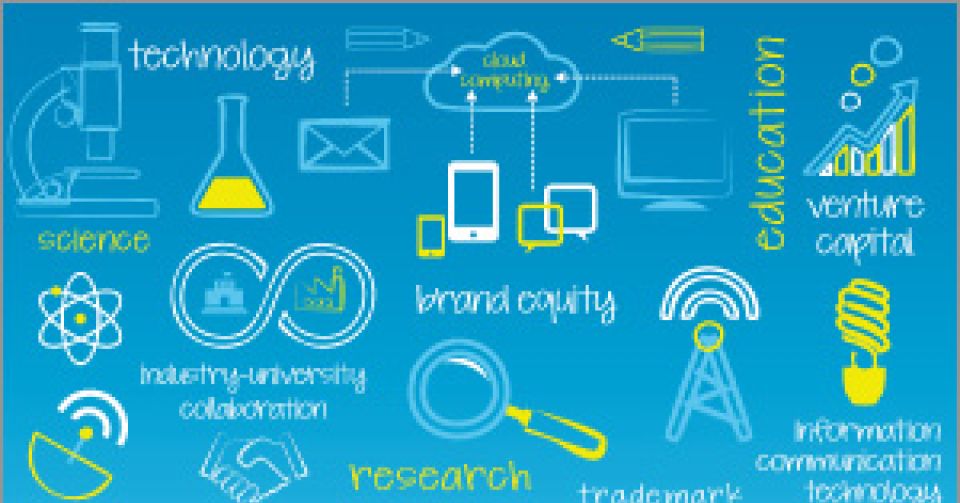 Today the world economy has been shaken to their very core by the technological advancement and with the "fourth industrial revolution" transforming economies like never before.

Today we very often hear about "knowledge based economy". What do we understand by this expression? This actually describes trends in advanced economies towards greater dependence of knowledge, easy access to information and high level of skills and also the need for ready access to all of these by the business and public sectors. The key concept itself is knowledge and education, which is often referred to as “human Capital”. The concept and initial foundation for knowledge economy was introduced in the year 1966 when Peter Drucker came out with his book "The Effective Executive". Through his book Peter described the difference between a manual worker and a knowledge worker. He tried to explain how a manual worker works with his hands to produce goods and services while in contrast a knowledge worker uses his knowledge and not his hands, producing new ideas, methods and information to simplify his work.

Today knowledge economy is restructuring the global economy. Developed countries have transitioned from agricultural economy to industrial economy and now to knowledge economy. The latest stage is what we are experiencing now which is marked by great advancements in technological innovations and there is a global competition and need for new innovations, with new products and processes that are being developed by research communities like the Research and development teams, various universities, laboratories, and other educational institutions. The many radical changes that have been brought about by the new digital, robotic and 3D technologies is having a major impact on all kinds of production, how things are being produced, and how people, especially in the developed countries earn a living. In theory with the application of new technologies to existing problems should result in improved efficiency and lead to better productivity. Technological innovations also tend to increase labor productivity by allowing the workforce to do more work with less effort and ease.

The natural resources of our planet are depleting. The global population is in need of green infrastructure, growing global demand, and a host of other items calls for a high priority on knowledge and hence research is of paramount importance. Keeping all the global scenario good knowledge provides the global population with technical expertise helps solve complex problems, enables us to measure the performance and evaluate and manage the data that we now need for the trans-boundary, global scale of competition that we see today.

How can developing country like India become and benefit from knowledge based economy?

India is not entirely lagging behind when it comes to knowledge based economy. India has built pockets of knowledge-based growth, but this growth is yet to translate into a broader economic model. India definitely has the potential to become knowledge based economy. India has world’s largest youth population and more than half of India's population is under 25 years old; no other country has more young people than in India. The young India thrives on information and communication technology and with its youthful population and thriving information and communication technology (ICT)  India can surge its way towards achieving its leading position of a knowledge driven economy, however, we need to have regulatory education, overcome the infrastructure barriers.

In order to become a leading knowledge driven economy, India needs to work more on its pro-poor technologies, the information and communication technology and many other skill -intensive industries which happens to be promising areas for India.The three main driving forces of a knowledge economy are the knowledge, its intellectual capital, changes and globalization. If India leverages its strengths in human capital and Information Communication technology services, it can become a major global knowledge based economy.

There are several areas where India needs to focus primarily in order to steer the country towards economic boom.

India cannot totally let go its Agricultural economy. The Agriculture and Food production in India needs a major change in terms of reforms. Managing and reducing the various risks in agriculture activities, can definitely make this sector resilient, reliable which in turn will increase the profitability, ensuring stable income to people associated with this sector. Apart from this there is a major need to better the social infrastructure, employment and human development.

New education policies need to be redesigned with focus on learning outcomes. The Indian government has been imparting short term skill training through the Pradhan Mantri Kaushal Vikas Yojana and other long term training through the ITI's. This is to enhance the skill of the work force who can then contribute towards better results. Worldwide the need for food production has become paramount and the if we invest our resources, take necessary actions to educate the farmers about the best practices, help them learn the technologies behind sustainable farming it will not just help them but the whole population of our country and the economy as a whole.

India today needs to enhance its knowledge resources, and create an environment which is conducive to harness them effectively. Knowledge economy is not restricted to just high-tech information and communication technologies. We need to work on our physical assets and effectively capitalize it with applying our knowledge assets. Harnessing the new knowledge economy at this time has the potential of lifting Indians out of poverty by enhancing overall productivity and per capita income.

Creating a vibrant knowledge economy is achievable however, it is an enormous challenge. Take for instance; we are pretty low on indices that measure the ability of a country to exploit our knowledge resources or potential. Our legal system is weak and we have not been effective in protecting our copy rights and patents and have not been able to bring to book those who infringe on our intellectual properties. These are the key areas where we need to work on. We need to understand and recognize our own intellectual properties and nurture its creation, protect and reward the creators and engage in expanding the knowledge base making it reach the end user to bring about the great economic boom which though is an enormous task but definitely achievable if we move in the right direction.