About The Latest Missions Of ISRO 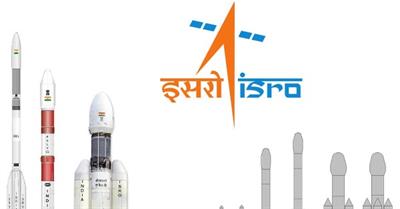 India is a developing country striving for its position in exploring our space, research as much, and gain information. Indian Space Research Organization (ISRO) is achieving its goals; it has done and brought laurels to our country on many occasions. ISRO has done many missions including 101 spacecraft missions, 72 launch missions, 9 student satellites, 2 re-entry missions, and 269 foreign satellites. ISRO’s journey started in the 1960s and now it’s 2020 and ISRO is one of the top pioneer space institutions in the world. ISRO is not just an organization it shows the journey of our developing India. ISRO may have failed many times but the success itself is so great that the failure can’t be seen, talking about success it is not just launching rockets and satellites it takes much more than.

ISRO is planning many missions for the future such as “Gaganyan” it has to be launched in the year 2021; India will send a crewed spacecraft to space. “Chandrayan 3” which is a repeat of Chandrayan 2 with lunar Lander and rover to be 100% successful this time. There was another mission called RISAT-1A which was planned to be launched in 2020 but because of the virus outbreak, it is postponed. There will be many more missions taking place in the future. Chandrayan 2 which is the current mission going on was actually not completely successful but it does not affect the mission that much as it is still going on, it was VIKRAM which was supposed to land on the lunar surface but it changed its way. But the orbiter is still intact and is giving information from there. Mars Orbiter Mission (MOM) also called Mangalyan is a space probe orbiting Mars since 24 September 2014. It was launched on 5 November 2013 by the Indian Space Research Organization (ISRO). The Mangalyan satellite itself is proof of India reaching Mars in the first try and that is a big achievement for us.

Another mission called Shukrayan 1 will be sent in 2023 which means an orbiter to Venus. There will be mars orbiter mission 2 (MOM2) in 2024 this time it may contain an orbiter, lander, and rover this time to explore mars a little deep. ISRO also planning to launch ADITYA-L1 it will be the first Indian Solar Coronagraph spacecraft mission to study solar corona in visible and near IR bands. It is expected to be launched by April 2020 but in this pandemic caused by a coronavirus, it’s not really possible to launch. It’s not confirmed that when it will be launched.

The people who are working in ISRO are great people and they are making our country proud and very much for helping us. ISRO is a success on a level which no one can beat. It takes much more mind, hard work and smartness to make pollution a solution for us, to make our country proud and ISRO deserves.