Pollution Due to Urbanization and Modernization 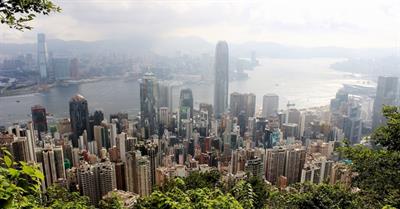 Pollution is the greatest evil, fear or threat in the present time, in the twenty-first century! This evil threat of present time can be compared to the evil threat of the past like Ravana in Ramayana. Just like Ravana tried to destroy habitats of people because he wanted Maa Sita to be his wife, in similar way pollution because of urbanization and modernization is trying to destroy the whole earth altogether not because of getting anyone else but because of us humans.

These structures require a lot of space and the surrounding infrastructure should also be good. Forests are continuously being cut and a lot of deforestation is caused due to these practices. Most of these posh buildings are air-conditioned buildings. These air-conditioners release a lot of harmful gases in our environment which are harming our atmosphere. Thus, a lot of air pollution is also caused.

At the same time, a lot of waste is produced in this posh hi-fi urbanized and modernized buildings. The waste produced in even one such building is more than a hundred times the waste produced in any one house. Some part of this waste is electronic waste and most of it is plastic which is very difficult to dispose of. Most of the owners don’t want to spend a huge sum of money to dispose of this waste in a proper way so they dispose of it in an unacceptable manner thus more and more pollution.

Therefore, in the end, I will say that urbanization and modernization is the greatest cause of pollution.