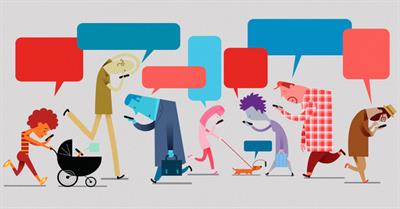 Deceitful, manipulative, persuasive, or informatory? However one perceives them, the various media propaganda has changed the ideologies and thinking of the world in many ways. In today's date, with political leaders carrying their own propaganda and having major influence over the masses, many people have the notion of propaganda being a new and modern development. However, this campaign of spreading information either for political or any other social cause, has deep roots, starting from the era of Greek Playwrights who made use of the drama for their political, social, and moral teachings. It is from that time forward, that whenever any society had common knowledge and a sense of common interests, it made use of propaganda. Not only this, during the 1600s, the term “propaganda” apparently first came into common use in Europe as a result of the missionary activities of the Catholic church. Thus, we can say that it has an ancient and religious background to seek the attention of mankind. But then how did it come up as a term for personal or political agenda to gain power?

Through years, media propagated ideas- personal, political, or of business, by evoking an emotional or obligable response from the audience. This came to be known as Media Propaganda and was primarily used to influence an audience and create an image or argument that favors their particular interests. For example, the " You Can Do It" poster of 1943 which came to be seen as worldwide propaganda to support feminism, or the "Anti- Smoking" statement which is still in use to stop/ avoid the use of tobacco and cigarettes, act as important inspirations for individuals designing one themselves. Another important example of the potential of "Positive Propoganda" could be the American Revolution, with "Common Sense", a work by Paine, being one of the best patriotic masterpieces of history. Apart from these, the world is seeing countries like Pakistan raising social propaganda against India, and are also stating how the WHO is the basis of "Chinese Propoganda" today, which shows us yet another form of these campaigns.

The media amuses, entertains, and informs individuals with rules and values that situate them in the social structure. Though the mainstream media with its professional journalists is still prevalent, it is more like the endangered koala or the red panda, with a decreasing number of seeings. The public is being supplied with misinformation as hard truth. Voltaire was not wrong when he said, 'those who make you believe absurdities can make you commit atrocities.' The crisis of credibility has vastly undermined the political discourse in the country with newspapers turning into real estate advertising pamphlets. In recent years, many sections of the media have questioned headlines that refer to a biased form of victim or perpetrator.

In situations like these, what we must do as viewers, is to bring into account media literacy. On being provided with various propagandas, we must learn to distinguish between what is "told" to be the truth, and what "is" the truth. We mustn't fall for words and shall instead follow facts and knowledge. With a clear view of what is going on around us, and how we, ourselves are a part of the changes, we can still bring Media and its propaganda back to its original form and essence.