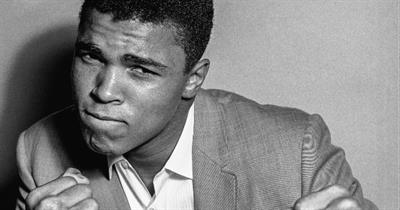 "The greatest", this term was used to describe a man whose hard work and passion really paid off. Muhammad Ali, an American professional boxer, activist, and philanthropist became a hostage of disease, Parkinson for 32 years but on June 3, 2016, Ali gave up on his life at the age of 74 and left the whole world in a daze.

The heavyweight boxing champion with an impressive 56 win record, also known for his dashing public stance against the Vietnam War, is still recognized as one of the world's greatest sporting figures. Ali was a way self-centered, he was not afraid to sing his own praise. He was known for boasting about his skills before a fight. He said that he could float like a butterfly and sting like a bee in the boxing ring. Ali also proved to be a shapeshifter. Not only this much he won many titles during his legendary career like "Rumble in the Jungle", George Foreman lost this title to him in 1974, in the fight in Kinshasa also "Sportsman of the Century" by Sports Illustrated and "Sports Personality of the Century" by the BBC.

In the end, leaving all of this behind, Muhammad Ali took his last breath in the hospital in the US city of Phoenix, Arizona, and right now he is resting at Cave Hill Cemetery, Louisville, Kentucky. Of course, it was a mild shock to his fans but, it was a severe shock to America for losing an eminent personality. Therefore even if it's disappointing and shocking, it's better to keep calm and hope for the betterment of his family for whom that time period must've been hard for losing a love, a father, and a brother. May his soul rest in peace.