Why India has a special corner for cricket? 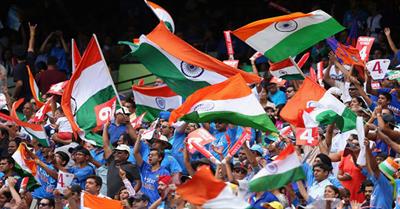 In India, the game cricket is not just a sport or mostly played a game of the Indian streets. It is referring to as heart and soul of the country India. Playing the game cricket requires a good team play with the qualities of leadership among peers. By keeping in mind, all the parameters of the game, it is played among children and elderly citizens in India. Although, we know that Hockey is the national game of India but, the game cricket holds another fan base altogether.

Unity in diversity - We can find fans of the game cricket all around the world. In India, there are crazy fans who are the spotlight! Even in the cinema or in Indian movies, love for the game has portrayed many times. The country who holds vibrant cultures, traditions, castes and differences, sports cricket has united the country's diversity. From jotting down the time table of matches or setting notifications for scores of the game, the Indian citizens have always been excited to watch a cricket match in time. For the love of this game, even Indian media channels provide good coverage facilities during the times of the cricket - matches happening around the world. Regardless of which state a citizen of India belongs to Indian Matches and the game cricket, Unites every citizen of India at the time of match which fills the air with true patriotism.

Cricket's history - Cricket is known as the most popular sport played in India. If we see, the history of the game cricket in India, the love for this sport blossomed in 1918. When India became the member of an 'Elite club' and joined countries such as Australia, England, South Africa, New Zealand and the West Indies India's first match against England attracted the attention of Indians the most. We see most countries are losing their interest in the game as they preferred Soccer and basketball more over cricket. In India, the game of cricket has become a Supreme culture of extravaganza. The national sport of England is 'cricket' also Africans mastered the game, as we got this game from the British citizens. But presently Indians are embracing this game decade by decades!

The Indian Premier League - IPL is never a left out topic when cricket is the spotlight of the conversation. Indian Premier League has been a commendable idea which has given a higher Cricket Fever to Cricket Fever to Indian cricket lovers. With the efforts of the Board of Control for Cricket in India (BCCI) and International Cricket Council (ICC) the game has gained popularity and a culture full of interest in India. This ICC conducts all the tournaments of cricket and aims to generate revenues from across the world and promote the craze of cricket among Global citizens. As the game of cricket ranks top in India, sponsorships also follow it.

The World cups - With the legendary team of 1983 Indian Cricket World Cup, India created history for the world which has been embraced still across borders. The Indian team of 1983, who got the players Kapil Dev, Sunil Gavaskar, Krishnamachari Srikkanth, Mohinder Amarnath, etc., is also remembered today as they all made a golden history. But not once twice India has won the World Cup, where talented cricketers like Sachin Tendulkar, Virat Kohli, Mahendra Singh Dhoni, etc. made cricket legendary!

Presently also we see many cricket fans and teenagers having a dream of becoming a team player of Indian cricket only because of the legendary history Indian cricket holds. With the inspiring stories of Indian Cricket players and the support of whole Nation Unites the country India brings vibes of Unity and Diversity.