Your Perception on Colour White 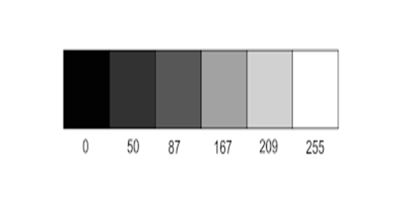 "White... is not a mere absence of color; it is a shining and affirmative thing, as fierce as red, as definite as black..." said Gilbert K. Chesterton.

From plain white bedspread to those trendy white sneakers, White color has a big influence on our lives and holds great importance in our society. I think the White color is a symbol of purity and unity. It is a very powerful color. A white-colored flag can bring a hugely destructive war to an end! White color has always been a symbol of peace. It is also associated with cleanliness and simplicity.

White is an important symbolic color in most religions and cultures, usually because of its association with purity. The Pope, the head of the Roman Catholic Church, has worn white since 1566, as a symbol of purity and sacrifice. In Islam and the Shinto religion of Japan, it is worn by pilgrims. In Western cultures and in Japan, white is the most common color for wedding dresses, symbolizing purity and virginity. In many Asian cultures, white is also the color of mourning.

White is a kind of color that is loved by people of all age groups. Even the gods from the transitional period loved the white color. Those plain white Levi's shirts, those classy white sneakers, who doesn't love them? There is no doubt that White is the trendiest color of all time!

White-colored properties change: from cold to warm, from sharp to soft. Although it is an achromatic color, it is not colorless and has the same shades and nuances as other colors. White is the inclusion of all colors. It is every color that exists, combined. That's why it represents allness.

White is the color that is spreading peace all over the world from ages. It symbolizes purity, unity, faith, innocence, and light. In the end, I would rather say that White is the path of truth and love.