How Much Was The India’s Mars Mission Justified 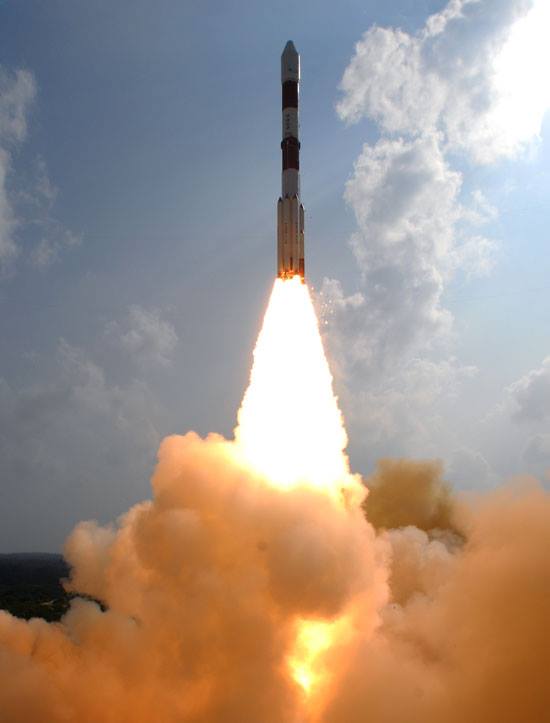 The popular project of Indian government known as, ‘Mangalyaan’ (Mars Orbiter) was launched on 5 November 2013 by Indian Space Research Organization (ISRO) and within just 10 months of its launching from Sriharikota with the help of launch vehicle PSLV C25 at 2.38 P.M. (Indian time), the Mars orbiter had entered the orbit of Mars. When it entered into mars orbit on 24 September 2014, history was made by India mainly for two reasons enumerated below:

India had become the very first and till now the only country when the space probe referred as the Mars orbiter which was designed and developed single handedly by ISRO has entered the orbit of Mars in its very first attempt. It was only 300 days journey of the Mangalyaan from the Earth to MARS through which India also became the first ever Asian Country to reach the orbit of Red Planet.

The cost of MOM (Mars Orbiter Mission) program which was enumerated by India at $74 million only , which was even below the production cost of the Hollywood movie, Gravity costing $100 MN whereas on the other hand NASA’s Mars program costing around $671 million to USA government, the ISRO making essentially the mars highly cost effective. The Mars orbiter had been carried into the mars orbit with the help of a rocket that was comparatively much smaller than that of US or Russian ones. The Small car sized rocket was developed to detect methane gas in the Martian atmosphere.

While India was highly praised around the globe for achieving the successful launch of Mangalyaan in its very first attempt by the ISRO and its entry in the Mars orbit, but the leading question that was raised is whether it was justified for the developing country like India to lead the same. There were several arguments done by the experts of various teams and their point of views are summarized below:

Arguments that justified the Mars Mission –

This was an iconic moment for every Indian citizen, which not only justified the credibility of Indian brilliant brains but this project had helped ISRO to stand at the same level with other leading space organizations in the world such as NASA, ESA, etc. On the successful completion of this project, India has become the first ever Asian country to mark the feat. Beside India only the United States of America, European Union and Russia have been successful to send the orbiter that have orbited or landed on Mars.

It had made space research a career and this movement inspires some future generation to take up science as a stream at school and graduation level and to make their career in some prestigious government organizations such as ISRO, DRDO, etc. This exploration project is also seen from the point of view of knowledge as it will help in create one, which would further help India endeavor in space along with the other countries as well.

India during its project also carries a lot of space equipment to be released in orbit of some developed foreign countries like Russia, USA, etc., by charging a lucrative fee on such shipment. If India like the same continues on this way of innovation in the low space cost and other space operations then it may also become a big space projects hub, thereby making increased number of jobs opportunities for engineers and making foreign money.

Indian super brain and superiority in the globe as a power in general and particularly will be established into its threatening neighbors.

Human brain has always been interested in knowing if there is life existence on the other planets as well. Therefore if Mars orbiter sent by India will be able to find out the presence of methane or deuterium gas patterns on Mars, therefore indicating the presence of water, then it would termed to be a great strike off for ISRO team, changing the method and criteria scientists relies upon to find existence of life on other planets.

We have budget for development projects in India which is kept seriously for infrastructural development whereas that is never seen to be utilized properly, the main reason is due to lack of proper execution and thereafter implementation of funds and policies and also under-utilization of funds sometimes but surely not because it was used in space programs. Hence, this question of funds utilization in the space project does not arises.

India through this crucial act may also become a role model for space programming and many developing countries may approach India for launching of their satellites and such crafts.

New knowledge about the space and more innovations in space programmers will open a vast ground for the benefit of such projects to the human being in the fields of communication, solar existence, identifying problem areas. For example at the time of cyclone or some disaster, prior knowledge may say thousands of lives.

Arguments that are against the Mars Mission –

India is a poor country, it could have utilized such a huge amount of money on health, education, employment and infrastructural development projects which may have directly helped to the growth and development of our economy. As in comparison to Developed countries like USA, Europe, etc. which also have the necessary resources that they can utilize on space knowledge and exploration programs whereas India is still a developing country and it does not carry enough resources to feed its citizen or provide other basic necessities.

If the money that was invested in this project could have been used in Research & Development of other important dimensions related to solar energy, biotechnology or any alternative sources of energy, etc., that would also have its real-time applications.

There are also many other urgent and crucial needs in our developing economy, which needs to be taken care of, such as 40% of children being malnutrition, unregulated state of government schools, etc.

If, during this period, the Mars Orbiter would have developed any grave technical snag then not only the money that was spent on it would have gone down to flush but also it may have resulted a great threat to Earth as would have resulted in a crash at some populous area.

While the positives and the negatives, India had made its maiden and successful attempt called the ‘Mission to Mars’. World at large have applauded India’s mission to Mars along with awe and appreciation.