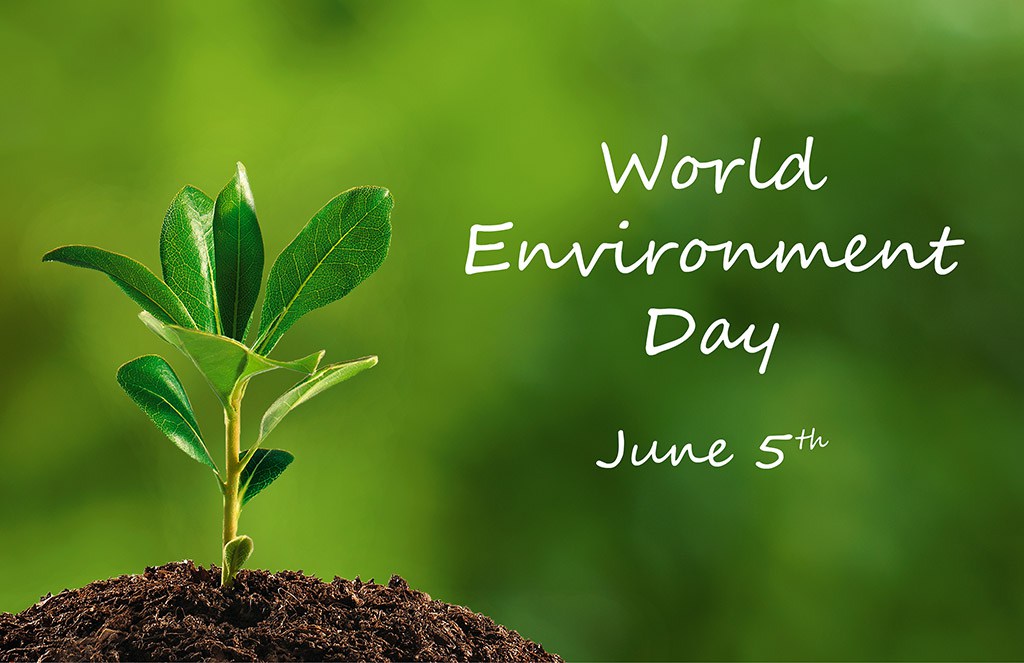 Every year on 5th of June, we celebrate 'World Environment Day' where United Nations been a principle vehicle for encouraging awareness regarding protecting the environment .It has been a flagship campaign for raising awareness on emerging environmental issues like marine pollution, human overpopulation, and global warming, to sustainable consumption and wildlife crime. Each year, on this day UN bring new theme that is followed by major corporations, NGOs, communities, governments and celebrities. They all run this campaign and aware people about these causes.

We all know how much we all rely on nature and on our planet's health.

The quality of water we drink, the food we eat and the air we breathe, all depend on protecting the natural world. But environment is facing unprecedented perils caused by human activity and one million species are at risk of extinction, where oceans are under stress and air pollution is taking seven million lives every year and damaging children's development. Many air pollutants also cause global warming and climate change is an existential threat for our global environment.

Last year in 2018 the theme was "Beat Plastic Pollution". The host nation was our country India and by choosing this theme, it is aimed that people may strive to change their everyday lives to reduce the heavy burden of plastic pollution. People should be free from the over-reliance on single-use or disposables, as they have severe environmental consequences. We should liberate our natural places, our wildlife - and our own health from plastics. Indian government pledged to eliminate all single use of plastic in India by 2022 and many states have started their initiative too hope soon as one country we can thrive this motive can be a plastic free country.

The theme for 2019 is "Beat Air Pollution" which all over the world promoted by #beatairpollution and the host nation is China where this topic will be discussed and the organisations will come across with solutions.

Well, Air Pollution may seem complex but we all can do our small part to reduce some of it by understanding the different types of pollution and how it affects to our health and environment.

Nobody is safe from this pollution, which comes from five main human sources. These sources spew out a range of substances including carbon monoxide, nitrogen dioxide, nitrogen oxide, ground-level ozone, particulate matter, sulphur dioxide, hydrocarbons, and lead–all of which are harmful to human health.

These are major air pollution reason that exist and damaging our environment agriculture, household, industrial, transport and waste:

The major sources of air pollution from agriculture include livestock, which produces methane and ammonia, rice paddies, which produce methane, and the burning of agricultural waste. Methane emissions contribute to the formation of ground-level ozone, which causes asthma and other respiratory illnesses. Methane is also a more potent global warming gas than carbon dioxide. So it’s important to understand the better method to control these gases to produce which pollutes the air.

Whereas household air pollution is the indoor burning of fossil fuels, wood and other biomass-based fuels to cook, heat and light homes. Around 3.8 million premature deaths are caused by indoor air pollution each year; the vast majority of them is in the developing world. Though we are developing but still there are many area we need to develop and it’s not just about outside pollution, it’s about inside too.

In many countries, power generation is a leading source of air pollution. Coal-burning power plants are a major contributor, while diesel generators are a growing concern in off-grid areas. Industrial processes and solvent use, in the chemical and mining industries, also pollute the air. In India many industries are still running and not following industry standard for emission to them for environment safety

Open waste burning and organic waste in landfills release harmful dioxins, furans, methane, and fine particulate matter like black carbon into the atmosphere. Globally, an estimated 40 percent of waste is openly burned. The problem is most severe in urbanizing regions and developing countries.

Almost half of all deaths caused by air pollution are because of diesel emissions, while those living closed to major traffic arteries are up to 12% more likely to be diagnosed with dementia. Due to release of so much carbon dioxide nearly 400,000 premature deaths occurred.

Several countries are suffering from the severe and worsening impacts of the global climate emergency. There is no time to loose the battle of our lives, so we must have to win and we know the solution exist.

Let's pledge this year that we all make aware other people or at least three people about harmful impacts of pollution and it is rising and it's not a joke.