Organ Donation: You Can’t Take Them With You, So Save A Life, Pass It On!! 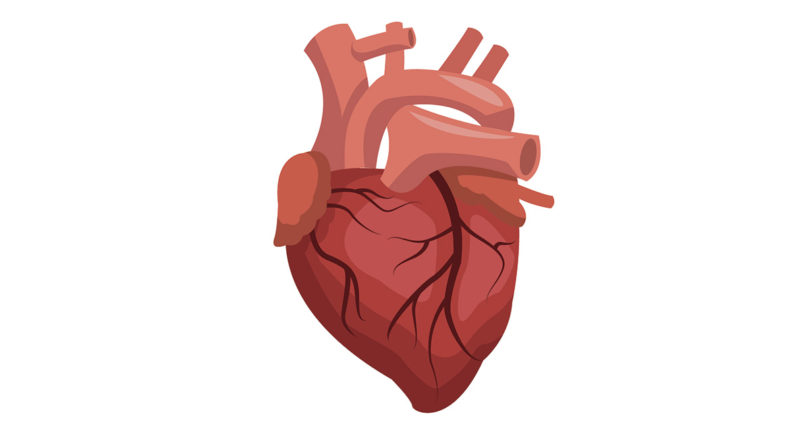 From the very ancient times humans have been striving to cure themselves from different maladies that afflicted their bodies from time to time. Humans did not at first regard death or diseases as a natural phenomenon. Common ailments like cough and cold were accepted as part of existence and dealt by means of herbal medications. However, unearthing of various civilizations, the study of drawings and surgical tools that were discovered tells a story that humans by the process of trial and error were working on understanding the human body and were also in search of methods for healing from the

different diseases that afflicted them. At times when they could not diagnose or treat the ailment they though them to be the work of some supernatural being. One method of treating seemingly incurable diseases was trepanning or trephining or rather making a whole in the skull measuring 2.5 to 5cm across in the skull of the sufferer. Such trepanned skulls of prehistoric date have been found in many Britain, France parts of Europe and also in Peru.

Indian medicine on the other hand has a long history. The concepts of treating ailments have been found in the Vedas, specially the Atharva Veda which date as far back as the 2nd millennium BCE. It records treatment of several conditions like fever, cough, diarrhea, edema, abscesses, seizures, tumors, skin diseases which also included leprosy and there are numerous herbs that are recommended for treating these ailments.

From 800 BCE until about 1000 CE is considered the golden age of Indian medicine. This was the time specially marked for the production of medical treatises like the Charaka-Samhita which actually have thought to be arisen in the 1st century. The original text of Charaka was written by Agnivesha. This was later refined and annotated by Charaka a physician and came to be known as the Charaka Samhita. This treatise is divided into eight parts and each part contained multiple chapters.

The Sushruta-Samhita was written by Sushruta a very renowned surgeon, who is also known today as the "Father of Indian Medicine" and "Father of Plastic Surgery". Sushruta Compendium is considered the oldest text in the world that describes the surgical procedures of plastic surgery. Sushruta and his medical students developed and successfully applied the plastic surgical techniques for reconstructing, noses, earlobes, genitalia etc. The forehead flap rhinoplasty procedure described in the Shushruta-Samhita remains contemporary plastic surgical practice.The world today acknowledges India as the cradle of Rhinoplasty. Sushruta also developed techniques for hernia surgery, caesarian section birth, prostate gland removal surgery and many others. He also established the school of embryology and developed prosthetic limbs.

Over the years across the globe medical science progressed and new medicines and techniques were introduced. One such was organ transplant. What is an Organ donation and organ Transplant? Organ donation and transplantation is the technique in which the organs of a one person is surgically removed and placed in the body of another person. Organs that can be donated are: Kidney, Eye, Lungs, Heart, Liver, Pancreas, Cornea, Small Intestine, Skin tissues, Bone tissues, Heart valves and Veins.

Though nowadays we hear more about organ harvesting, donation and organ transplantation, however, researchers were experimenting with this idea with organ transplantation on animals in the 18th century. There were several failures but by the mid 20th century scientist and surgeons were able to conduct successful organ transplantation. The first successful organ transplantation took place in the Little Company of Mary Hospital on June 17, 1950 when Ruth Tucker suffering from polycystic kidneys received the kidneys of a woman who had expired due to liver cirrhosis. There were no immunosuppressant drug or tissue typing then and hence it was really commendable. Today transplant of various organs become routine medical procedure. New medical breakthroughs like tissue typing and immunosuppressant drug s have ensured more organ transplant and better rate of survival. Unfortunately even though medical science has made tremendous success with organ transplanting however, the number of recipients for organs far outnumber the number of organs that are received. Thousands of people across the world are placed on waiting list for receiving an organ for transplant. For some the wait is too long. The process at times lengthy and complicated and also despite all the technological advancement there still remains a lack of understanding towards voluntarily opting for organ donations.

There are several reasons that have contributed towards this low organ donation across the world. Different religion have different opinions and people following those religions tend to get effected by those teachings , like some religions believe that the complete body parts should remain intact for the soul of the person to cross over to the next life, whilst logically it makes very little sense if firstly we understand the fact that the soul has no form, secondly what about those cases where due to a bad accident some of the body part get damaged beyond, will the soul of that person not cross over? Some religion however, agrees to the concept of organ donation viewing it as a self sacrifice to help someone lead a healthy life. Lack of knowledge about organ donation and transplant is the biggest cause behind the attitude of people against organ donation.

As a result of this great gap between recipient and donors a very sinister nexus has lifted its ugly head that of organ trade. There have been many reports of illegal organ trade that is going on due to lack of voluntary organ donors. Some unscrupulous doctors and their aides have been actively duping financially needy people in selling their organs to people waiting for an organ to save themselves. Given this scenario it seems very important to sensitize people to donate organs and to make them aware what a wonderful gift they could give to another person by being a donor.

At times it seems like making organ donation is a better option, however, donating organ should be a choice and not really made mandatory. The only thing that should be made mandatory is that the family of the donor who has pledged his/her organs before dying should go ahead and donate post the death of the person. There are often cases where a living person has filled up his/her consent for organ donation but after his/her death the family did not inform the hospital for immediate organ harvesting.

Fostering the attitude of charity is the need of the hour for a healthy society. The best way to address this is to make a policy where everyone is automatically a donor unless they opt out for reasons beyond their control. The option for opting out for valid reason should be there so that people do not feel pressurized to help. Organ donation is the greatest gift we can give each other and this altruistic feeling should come from within. This will be possible only when people understand the importance of organ donation. The Health department should take an active role in educating the mass about the importance of organ donation, break the myths surrounding organ donation and once people understand and actively start donating without fear, not only will more lives be saved but these unhealthy nexus of organ trafficking also can be controlled to a great extent.