5 Species of Flowers You Never Heard Of 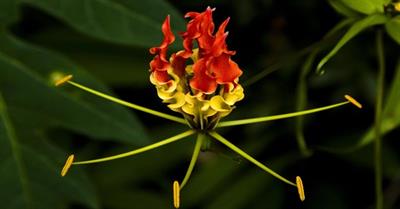 Flowers are one of the most beautiful creations of God. They are beautiful, soft, genital and symbolize emotions in such a way that words hardly can. They have colours of joy and sorrow, betrayal, sadness, mourning, love and the beautiful colour of hope and fate.

We all have seen flowers such as rose, lily, sunflower, lotus and so many more beautiful and unique flowers. But there are a few flowers that are very hard to find and hardly any of us might have seen them. Some of these hidden beauties are :

Flame Lily- It is a beautiful red flower also known as fire lily or glory lily. It belongs to the Colchicaceae family. Its scientific name is Gloriosa superba.

Corpse flower - Corpse flower as the name suggests is a flower that smells like a rotting corpse. It is a giant flower and is also known as Titan arum, its scientific name is Amorphophallus titanium.

Juliet Rose - Juliet Rose is a very pretty variety of rose and one of the most expensive ones too. It is said that the rose is as beautiful as Juliet from Romeo and Juliet and hence the name. Its scientific name is unknown.

In the end, I would like to say the symbolism of that flower a lot of things, but one of the most famous representations done by them is love.