The Importance Of Literature In Modern Society 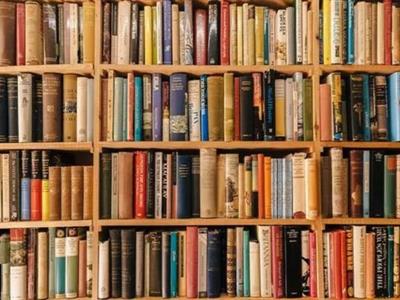 Literature in my thinking is superior.

It transfers the reader into a parallel world full of wonder, love, peace, sorrow, and conflict. Literature indeed it is my escape from the harsh reality. Literature in its own self is a mirror that humans hold up to themselves, to the world, and to history. The lessons we learn, the battles we fight, the hearts we melt are all cooked by us from reading. Literature has been a form of entertainment from the 15th century to this day. It has always been a quiet escape for every fond reader.

The impact of literature in the modern world is incontrovertible.

IT EXPANDS OUR THINKING

Literature unfolds our eyes and makes us realize what the big bright world really is. It makes the reader expand his mind to its every strength and helps us to think out of the box. It makes us look beyond the river and realize what the shore really holds for us.

Somehow it is prime because of its purpose because, in modern society, novels are a great conversation striker that expands our ideology and lets knowledge flow from one person to another.

A TRIP TO THE PAST

From reading classics to fantasies there has always been an aspect in the literature that makes us differentiate between the present and the past in one way or another. History isn't just about wars, dates, struggles, power but it is also about the people who are the products of their time with their own lives.

It makes the modern generation understand austere lives, vicious wars, powerful growth, and kind love in the past, and how its revolution matters in the present society.

With the potential power that human beings possess to see the world with a fresh mind, this power forces the reader to reflect upon his own present modern life. Literature is one of the best ways to fully immerse one's mind into another person's dialogues and experiences.

Some of the common themes of literature comprise love, conflict, fear, loneliness, and growth. The reader connects their lives with these subjects of matter and develops an understanding of the human condition.

Literature gives voice to the people who want to express their opinions which in turn gives a colossal rise to humanity.

Films, plays, music, magazines, comic books, etc. are visual representations of literature. They give action and life to words written on a page.

Literature exists as an expression of art, a source of knowledge, and an instrument of entertainment in the 21st century.

Literature stays with us forever. In our minds and our hearts owning a part of ourselves.

As mentioned in the beginning, literature is superior and also important in everyday life because it connects individuals with larger truths and ideas in society and unites everyone together.