Ways To Save Endangered Species 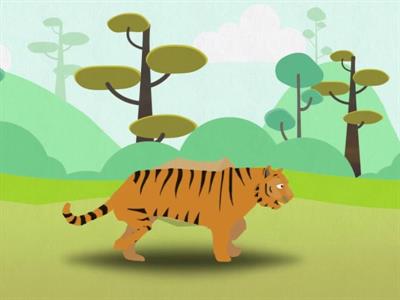 Endangered species include animals, plants, birds, and other living organisms that are in danger and need to be given proper protection so that they survive. These species come in danger due to several human and natural activities which include.

Certain times animals and birds lose their habitat which sometimes leads to their death They have to change their homes due to human settlements, any natural calamity like forest fires, floods, drought, volcanic eruptions, etc. As a result several times it leads to the death of animals and birds.

As the global temperature is increasing day by day due to the use of certain types of machinery, excess use of cars and other types of vehicles, smoke, pollution from factories and many more other aspects. The temperature is increasing and the effect is on all living organisms including humans, animals, birds, and plants. This usually leads to the death of certain animals and birds as an increase in temperature makes it difficult for them to survive. For instance endangered animals like polar bears, snow leopards, etc.  struggle to find snow which is an essential part of their habitat.

In our daily lives, we use several things that are processed or made in factories. These factories release a lot of smoke consisting of several types of chemicals and harmful gases which leads to the death of many species including birds.

Animals and birds are a significant part of our environment and their body parts such as their bones, teeth, nails, skin, and fur are very expensive, rare, and precious. Several cruel people take it for granted and kill these animals and sell their body parts. This is the most prominent reason for the extinction of several species.

Several diseases like Ebola, Anthrax, White-nose syndrome, Canine distemper, etc. are caused in animals which sometimes lead to their death and make them one of the endangered species.

Natural calamities like forest fires, floods, droughts, and volcanic eruptions sometimes lead to the death of animals, birds, plants, and other living organisms. Usually, because of these natural calamities, several animals and birds lose their habitat and die.

Saving these endangered species is imperative because of these reasons-

We can help and contribute to conserving the endangered species by

It is our right to enjoy our nature freely, and in the same way, it is our duty to protect our nature, preserve its beauty, and let the animals, birds, plants and all other living organisms live freely as we do.