What Makes Us More Prone To Depression 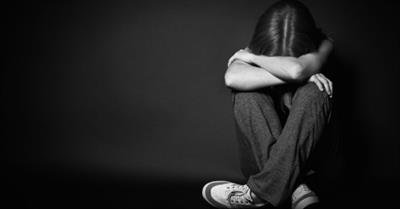 Why do some people experience depression while others don't under the same circumstances? Even researches don't have the answer to this question. Depression is common in people of all ages, gender, races, caste, and identities. There is no particular reason for an individual to be in depression. Failure, heart-breaks, fake friendship, double-sided people, excessive stress, work-load, overthinking, being so lonely, etc..are some of the reasons for causing depression for a person. Depressed individuals are prone to ruminate on negative thoughts. Feeling depleted, lack of motivation and biased memory are the other causes of it.

A new study found that people living with a major depressive disorder are biological order than people without depression and that childhood trauma exacerbates this effect. In fact, middle-aged women actually have the highest rates of depression with the disorder being prevalent among women age 40 to 59 years old. The lowest rates of depression are seen among teenage boys age 12 to 17 and men over the age of 60. People are mostly in love with other people more than of themselves. And when they leave, people go in the depression period. Nowadays marks and grades are the foremost priority and when they fail, students become frustrated, and sometimes they commit suicide. In this era, there is so much competition and race that below-average people can't complete the race. There is a race in everything. There is a race in the music field, there is a race in the educational field, there is a race in the sports field, there is a race in the business field, there is a race where we see. Wherever we see there are people running for getting their goals. But what if the person is not that skilled or he is not that much-skilled person? They go in the depression period and many times when they didn't get any solution they commit suicide without thinking of their family. To overcome this problem, all you need is to work in yourself. Identify troubles but don't dwell on them. Start expressing what you actually feel inspite if hiding it. While depression, a person's creativity and sense of fun may seem blocked. Exercise your imagination and you do not only get those creative juices flowing, but you also loosen up some positive emotions and also try to notice good things even over bad too.