Alarming Climate Change in the US 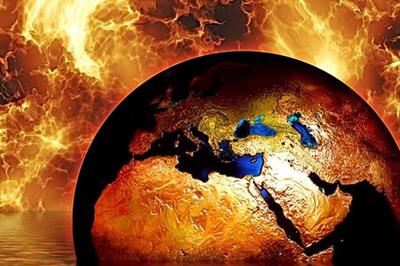 A new federal report, the 4th National Climate Assessment (NCA4), revealed that, in US and its territories, natural environment, agriculture, energy production and use, land and water resources, transportation, and human health and welfare are being affected by climate change. It shows detailed picture of how communities across the country are already feeling the effects of climate change from intensified risk of wildfires in California, to droughts slowing agricultural production in Iowa and much more.

The climate change is already affecting at the economic and social fabric of the United States. The report included supporting evidence from 16 national-level topic chapters like, water, oceans, energy, and human health, 10 regional chapters and two chapters that focus on societal responses to climate change. The new report also states that without substantial and sustained reductions in greenhouse gas emissions, climate change is definitely going to affect people, economies, and resources across the U.S. However there are ways to overcome its worst impacts like by adapting to our warmer world and by working to lessen future changes in Earth's climate, that are mentioned in the report. Mainly the report emphasises on how the human health and safety, quality of life, and the rate of economic growth in communities across the U.S. are increasingly vulnerable to the impacts of climate change. Climate change is really threatening the natural, built and social systems are dependent on. In addition to this, even rising temperatures, extreme heat, drought, wildfire on rangelands and heavy downpours are expected to increasingly challenge the quality and quantity of U.S. crop yields, livestock health, price stability and rural livelihoods. Climate change may lead to transformation of coastal regions later, with ripple effects on other regions and sectors. Many communities should expect higher costs and lower property values from sea level rise. Also, this will cause major disruptions in some ecosystems along with adverse effects on some coral reef and sea ice ecosystems which are already experiencing transformational changes, affecting communities and economies that rely upon them. Not only this but climate change also is changing  the quality and quantity of fresh water available for people and the environment are increasing risks and costs to agriculture, energy production, industry and recreation. Climate change alarms the health and well-being of the US people by causing increasing extreme weather, changes to air quality, the spread of new diseases by insects and pests, and changes to the availability of food and water. It has become vital for the society to show substantial and sustained global efforts if want to reduce greenhouse gas emissions and regional initiatives to prepare for anticipated changes. Else the climate change is expected to cause growing losses to American infrastructure and property and impede the rate of economic growth over this century.