In CBSE Exams, Less Than 10 Students Appeared For These Subjects 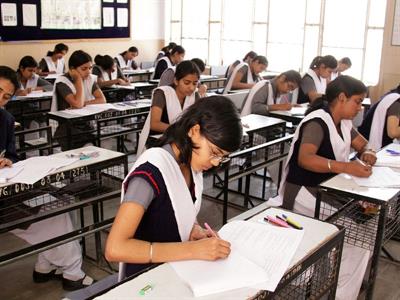 The CBSE Board Class 10th, 12th Result of 2019, not even ten students appeared for these subjects, exams conducted anyway, in which one student appeared for Human Rights and the other appeared for Theatre Studies in Haryana. Due to the tech-based initiatives the board has undertaken this year, the results are expected to be released early. As such, this can give a boost to the entire process.

2019 CBSE board exams: Recently, The Central Board of Secondary Examination (CBSE) has concluded the class 10th and class 12th board exams. This year over 31 lakh students appeared for the board exams. For the physical education exam, the highest number of students (over 7 lakh) appeared. Still, there were subjects which didn’t even have a total of ten takers from across India.

The least taken subjects include — Carnatic Music, Mohiniyattam Dance, Health Centre Management, theatre studies, and library information science for the class, the data released by the board stated. However, the exams were stirred. Other exams for several languages held by the CBSE include Bhutia, Lepcha, Limboo, Tanghkul, etc. which had fewer takers.

Only one student appeared for Theatre Studies and one appeared for Human Rights in Haryana. For Library and Information Science, only five students appeared across the country, while for Philosophy the count is just 12. The board claims to have sent double encrypted question papers to ensure better security, in a total of fifteen subjects where the number of candidates was few and scattered.

CBSE has also introduced a ‘Special Exam Policy’ for students who participate in national, international level sports recognised by the Ministry of Youth Affairs and Sports at ‘mutually convenient dates’ this year. As per the official statement by the board, this advantage was availed in fourteen cases.

The evaluation processes has taken pace as the exams concluded. The board also stated that this year the result will be announced in advance as compared to the previous years.

“The Class 10th, class 12th results are likely to be declared between May 13 to 17, 2019. The Class 12th results will be announced first, followed by the CBSE which will declare the Class 10th results after two or three days,” said Anurag Tripathi – Board Secretary in conversation with indianexpress.com. The results can be checked by students through the official web portals –cbse.nic.in as well as cbseresults.nic.in.