The History of Roller Skates 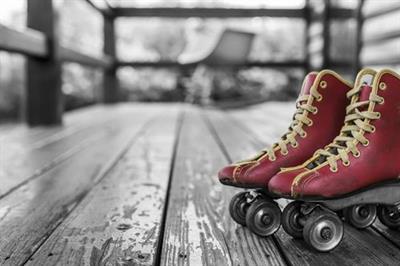 Roller-skating is a recreational and competitive sport for every kind of age group in which the participants basically use special shoes which are fitted with small wheels to move about on plain or paved surfaces.

Roller-skating sports include speed skating, hockey, figure skating, and dancing competitions similar to the ice-skating sports, as well as the vertical and street-style competitions common to so-called extreme sports. The inception of Roller skates came up in 1760, when a London instrument maker and inventor, Joseph Merlin, attended a masquerade party wearing one of his new inventions, metal-wheeled boots. Thereafter, Joseph desired to make a grand entrance added the pizzazz of rolling in while playing the violin. The shuffling skater stood no chance and Merlin crashed solidly into the mirrored wall, as his roller skates crashed into society. Thereafter after a good period of time in 1863, an American, James Plimpton concluded a way to make a very useable pair of skates. Plimpton's skates had two parallel sets of wheels, one pair under the ball of the foot and the other pair under the heel. The four wheels were made of boxwood and worked on rubber springs. Plimpton's design was the first dry-land skate that could maneuver in a smooth curve. This considered the birth of the modern four-wheeled roller skates, which allowed for turns and the ability to skate backwards. That was called the first harmless skating experience. Later on there were improvements. In 1979, Scott Olson and Brennan Olson, brothers and hockey players who lived in Minneapolis, Minnesota, invented a unique pair of roller skates. It was one of the early skates that used the in-line wheels rather than the four-wheeled parallel design of George Plimpton. Inspired by the in-line design, the brothers began redesigning roller skates, taking design elements from the found skates and using modern materials. They used polyurethane wheels, attached the skates to ice hockey boots, and added a rubber toe-brake to their new design. Lastly in 1993 Rollerblade, Inc. who is a big name in Roller skating developed ABT or Active Brake Technology. In this a fiberglass post attached at one end to the top of the boot and at the other end to a rubber-brake. The skater had to straighten one leg to stop, driving the post into the brake, which then hit the ground. Skaters had been bending their foot back to make contact with the ground, before ABT. Till today some new technology has been added to make it safer and getting an easy grip.