Career of a Psychiatrist 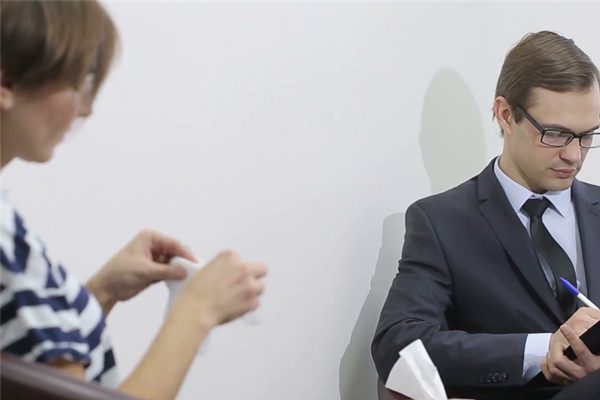 Psychiatry is the branch of medicine that deals with the diagnosis, treatment and prevention of mental, emotional and behavioral disorders. The term Psychiatry is derived from the Greek words "psyche" which means 'mind or soul' and "iatreia" which means healing. In ancient times mental illness was mostly thought to be some kind of demonic possession, until the 18th century. Gradually in the middle of the nineteenth century people started to consider it as a sickness that required treatment. However, for the first century of its existence, psychiatry dealt only with severely disordered patients who were confined to asylums or hospitals. These patients were generally psychotic, they were either severely depressed or in a manic state. They were what today is medically recognized as dementia, or suffered from various forms of brain tumours, seizures, schizophrenia, hypothyroidism and the likes. Treatments for these conditions at those times were fairly rudimentary, often very harsh and generally yielded no positive result. Often these conditions were treated as "nervous" disorders.

Around the 19th century and till the beginning of the 20th century, there seem to have been a surge in the number of psychiatric patients. Thousands of people ended up in psychiatric hospital. There was a notion that the human race was degenerating as a result of some unknown natural selection process.

Meanwhile in Germany, Kahlbaum and Kraeplin, who worked in mental asylums starting documenting and describing psychotic and cycling mood illness. Some of their descriptions are still in use as diagnostic criteria in the Diagnostic and Statistical Manual of Mental Disorders. Kraepelin travelled to Java and noticed that mental illness was rare in that Island and felt the "domestication" of human race was to blame. However, Kraepelin completely ignored the effects of poverty, poor hygiene, lack of nutrition and lack of education as the possible causes. His ideas were very influential and as such with no pharmacological treatment available in those times, many countries started sterilizing mentally ill patients to stop "decline of the human race". These psychiatric authorities saw themselves more as advocates of mental health of the population and also advocates for racial purity, rather than doctors treating individuals.

Thus in Germany started the Eugenic movement. Eugenic movement is aimed at improving the genetic composition of human race and the Eugenicist believed and advocated selective breeding to achieve this goal. During this period saw systematic extermination of millions of people and mentally ill were people who were murdered along with others.

Sigmund Freud was one who had fled Nazi persecution, as his ideas about the deep rooted causes of mental illness were in stark contrast to the psychiatrist practices of those times. He believed mental illness was caused by unconscious and repressed desires and got aggravated due to family situations and other maladaptive coping patterns. He published theories on the unconscious roots of some of these less severe disorders and termed them as psycho-neuroses. He also developed psychoanalysis to treat these "neurotic" patients. A very large group of psychiatrist and psychologist were influenced by his ideas. It was sometime during the 20th century that  neurologist Sigmund Freud published theories on the concepts of the unconscious roots that led to these less severe disorders that he named psycho-neuroses. Psychoanalysis became the dominant paradigm in treating the outpatient psychiatric patient in the first half of the 20th century. In the next decades advanced by leaps and bound.

People seek psychiatric help for many reasons. The problems can be panic attacks, frightening dreams or hallucinations, suicidal thoughts, feeling of sadness, depression, or hearing imaginary voices. Psychiatrists use variety of treatments that include various forms of psychotherapy, oral medications, psychosocial interventions and other treatments like electroconvulsive therapy which involves applying electrical currents to the brain; however, this kind of treatment is used only to treat severe case of depression that has failed other forms of treatments. Some of the more modern treatments are Deep Brain Stimulation (DBS), Vagus Nerve Stimulation (VNS), and Transcranial Magnetic Stimulation (TMS) that are now used to treat mental disorders.

There are different classes of oral medications as well that are used to treat mental illness.

Sedatives and anxiolytics are used to treat anxiety and insomnia.

Hypnotics are used to induce and maintain sleep.

Our lifestyles have changed drastically. Mental health is a cause of concern. Children as young as 14 years are affected by depression. People are constantly battling effects of human rights violation, news of wars, violence at home and bullying at school, further aggravated by cyber crimes, cyber bullying and more. The youth today is the most vulnerable.

Psychiatry as a profession is a very lucrative profession not just because it will ensure good job and remuneration but it also gives the person to help humanity suffering in silence. The youth today need good counseling to keep them positive and focused.

How does one become a Psychiatrist? The first step to become a Psychiatrist is to appear for the pre medical test and get selected for a Bachelor of Medicine and Bachelor of Surgery Degree (MBBS) in any of the reputed colleges that offer the course. To be eligible for MBBS one has to have Physics, Chemistry, and biology as the main subjects in their 10+2. After completing MBBS Degree one has to attend various PG Medical Entrance exams for admission to 3 years MD course in Psychiatry. Apart from this Diploma in Psychiatry or DNB Psychiatry can also be pursued to practice Psychiatry.