Know the Career of a Microbiologist 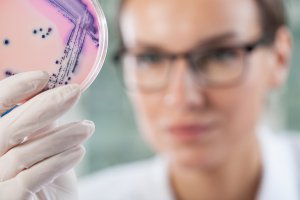 Approximately 3 to 4 billion years ago Single celled micro-organisms were the first life forms that developed on Earth. Two thirds of life on Earth is that of microorganism that is not visible to the naked eye. These micro-organisms affect every aspect of lives on the Earth. Though some of these microbes are responsible for diseases however, the majority of these are completely harmless and have a great role to play in the maintaining life on Earth. Microbes which are not even visible to the naked eye have a surprisingly very large and important role in life on earth. Humans depend on the microbial communities in myriad of ways. Literally we need microbes to actually exist in this planet. Microbes help us breath fresh air, fixing gases, microbes break down dead plant and animal remains into simpler substance thus helping in keeping the wheel of recycling in place.

The microbes occur in amazing variety of shapes and sizes and are divided into 6 groups.

Bacteria: These are single celled microbes. The structure of the cells  of a bacteria is simpler than other organism as these have no nucleus .Bacteria is further classified into 5 groups according to the basis of their shapes spherical (cocci), rod (bacilli), spiral (spirilla), comma (vibrios) or corkscrew (spirochetes). They can exist as single cells, in pairs, chains or clusters. Bacteria are found in everywhere on Earth soil, rock, and oceans and even in the Arctic snow. Human body is also a host of Bacteria, which help in bodily functions like digestion. The human body has more bacteria cells than human cells but those bacteria are much smaller in size. However, these bacteria’s are also responsible for diseases in humans.

Fungi: Is another kind of micro-organism. These are eukaryotes, which mean that they have a defined nucleus and organelles. Fungal colonies are visible to the naked eye once they achieve a certain level of growth, like the growth of moulds, yeast and mushrooms. Fungi can cause diseases in plants but this micro-organism is widely used in the food industry for production of food that require fermentation, like beer, breads etc

Virus: is considered by many experts as a non living organism. It is an infective agent, is extremely small and cannot be seen through light microscopy. However, it consists of a nucleic acid molecule within a protein coat and is able to multiply only if it lodges itself on the living cell of a host. Different types of virus infect different host cells. Viruses cause diseases and antibiotics have no effect on viruses.

Algae: are different groups of organism. These contain both prokaryotes and eukaryotes. They are unlike other micro-organism and are typically photo synthesizers and are found mostly in marine environment or places which are close to water sources. Algae are beneficial as it helps in removing toxins from the water bodies. Algae can also be used as organic fertilizers and is already in use a dietary supplement for human use.

The other micro-organism like Archaea and Protozoa which are generally lesser known. However, Archaea happens to be a major part of Earth's life and have roles in both the carbon and nitrogen cycle. Biotechnologist has been able to exploit enzymes from archaea that can endure high temperatures and organic solvents.

Protozoa on the other hand control bacteria populations and biomass to some extent. However, a large number of diseases are caused by protozoan pathogens like malaria, amoebiasis, giardiasis, etc.

Like many fields of science Microbiology also has different branches that one may specialize in.

1. Bacteriology: The study of bacteria.

2. Mycology: The study of fungi.

3. Phycology: The study of algae.

4. Parasitology: The study of parasites.

5. Virology: The study of viruses.

A career in microbiology is very rewarding and there is much demand for microbiologist, in scientific research, Earth conservation, Medicine or in the Food Industry.

Undergraduate students in microbiology have to focus heavily on the core courses, the microbial genetics and microbial physiology. However, elective subjects like environmental microbiology or virology can help them explore different branches. Students can carry out independent research or can opt for a PhD and work under scientist.

Several colleges all across India have courses on Microbiology. One can also take advice from the Career counselors to get a sound idea about the courses. There are several Career Counselors that one can go to including Online Career Counseling as well.